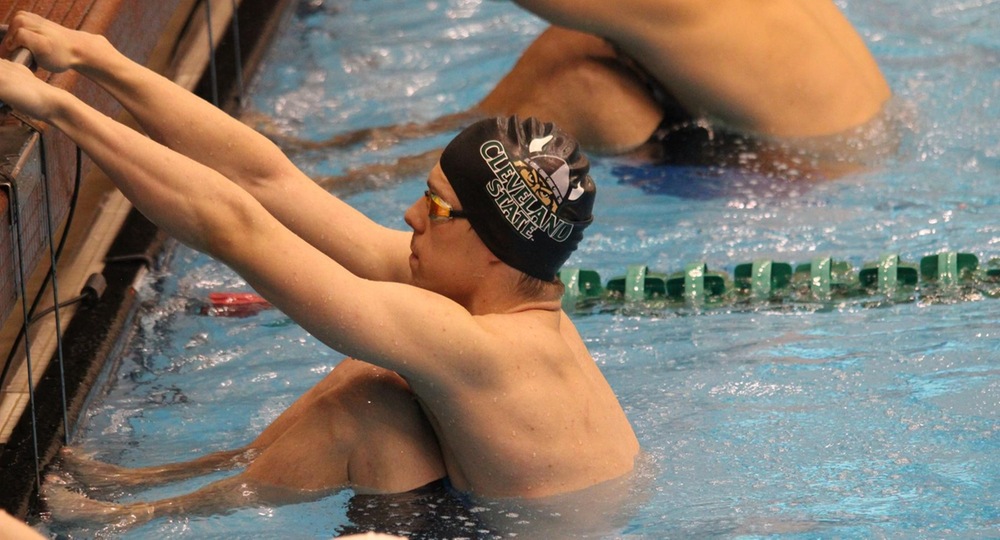 CLEVELAND, Ohio – The Cleveland State University men’s and women’s swimming & diving teams continue their seasons this weekend by opening dual action on the road against a pair of Horizon League foes.

CSU will open dual competition Friday, Oct. 25, at Milwaukee before competing the following afternoon at Green Bay. Friday’s dual will begin at 5:30 p.m. Eastern while Saturday’s is slated for a 1:00 p.m. ET start.

The Cleveland State men finished in fourth place at the season-opening Akron Zips Classic this past weekend. Junior Dominik Niedzialek swept the backstroke events, and was subsequently named HL Swimmer of the Week, and also posted the fastest time in the league this season in the 500 free. Sophomore Jack Krusinski was also among the top six in three individual events at the meet, including a runner-up performance in the 200 IM.

The Viking women took fifth place at the same Akron meet. Junior Lexie Kostelnik showed significant time drops in the distance freestyle events compared to the same meet last season. Her times of 5:06.02 in the 500 free and 17:34.89 in the 1650 free were more than seven seconds and more than 23 seconds faster than last season, respectively. Newcomers Rachel Contich and Sule van der Merwe were not far behind Kostelnik in the 500 free while junior Alana Cartwright‘s effort in the 100 breaststroke (1:05.90) saw her drop over 2.5 seconds compared to the same meet last year.

Although the teams have competed against one another in the Horizon League Championships year after year, Friday’s meet will mark the first-ever dual competition between Cleveland State and Milwaukee as Division I opponents.

Both Milwaukee’s men and women’s programs are 0-2 in dual action, with setbacks at Oakland and Grand Valley State. However, both rebounded to win the nine-team Wisconsin Showcase last weekend that also featured HL foe Green Bay. This will be the first home competition of the season for both Panther squads.

Cleveland State last faced Green Bay in dual action two seasons ago when both the men (178.5-174.5) and women (188-165) claimed victories at home. Both Viking squads suffered setbacks in their last dual action at Green Bay in October 2014.

Both Green Bay teams are 0-1 with a loss to Wisconsin on the first weekend of October. Both Phoenix teams finished in second place at the Wisconsin Showcase last weekend and will be competing at home for the first time this season.

Cleveland State will next be in action with its first home competition as it hosts the Magnus Cup Nov. 22-24.