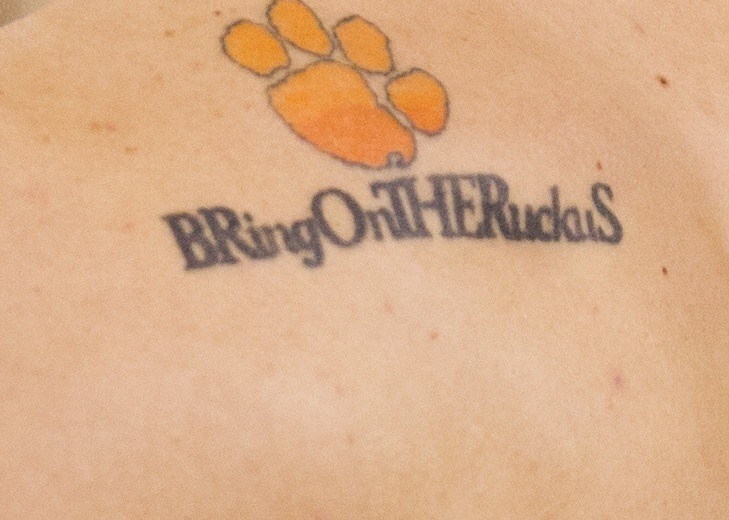 Update: The CSCAA has revised these lists, on July 17th, which has changed the rankings below slightly. There was a miscalculation and omission of some programs, but have no fear: Clemson is STILL cutting Division I’s highest graded women’s program.

The Collegiate Swim Coaches Association of America (CSCAA) has released their team award winners for the spring semester of 2012, and no surprise: three of the top four programs on the Division I men’s list hail from the Ivy League. Yale tops the list with a cumulative GPA of 3.62, with rivals Harvard sitting 3rd with a 3.54 and Dartmouth 4th with a 3.48. Brown and Princeton also made the list that honors teams that have a combined GPA above 3.0 for a semester.

Sitting among the academic juggernauts is Eastern Illinois with a 3.55 for the 2nd-highest team GPA. The Panthers are coached by Elliott McGill, brother of US Olympian Tyler McGill. Other notable teams on the Division I list include Seattle University in 6th – as one of the newest members of Division I, they’re still maintaining strong academic roots.

The highest-ranked team that stood in the top 10 of last year’s NCAA Championship meet is Michigan, who ranked 14th in the country with a 3.29; that was just a hair ahead of their super-rivals Ohio State, who was 15th with a 3.28. Overall, the Big Ten fared by-far the best among the Big 6 conferences, with half (6) of their programs holding GPA’s above a 3.0.

On the women’s side, a poetic sendoff came from the Clemson women. They gave one final flip-of-the-bird to the Athletic Department by leading the country with a 3.62 GPA, tied with Alabama. The Tigers had a hectic year, including a leak that closed their campus pool that left them scrambling for places to train. They also had the emotion of closing out the history of the entire program that will cease to exist (other than women’s diving) next season. With a very reduced roster, they still stuck together and excelled in the classroom.

The Ivy League’s didn’t dominate the top of the women’s list like they did the men’s, though the entire conference did make the list. The Big Ten women again fared very well, with Northwestern (3rd – 3.59) and Ohio State (6th – 3.55) near the top of the list.

Half of the women’s top 10 from last year’s NCAA Championship meet made the Team Scholars list, the highest of which was Georgia. Auburn, Tennessee, and Texas A&M joined them. All four of those teams will be in the SEC next season.

Both National Championship teams from Cal made the list as well, showing that great academics and great swimming need not be mutually exclusive.

Below are the top teams from each Division. Full lists can be found here.

Why does Alabama surprise you??? Just because they have a big time football program that may not be recruiting diligent students, doesn’t mean that is the policy of the entire athletic program.

It really is too bad they are cutting Clemson swimming… They obviously worked had to represent their school as well as they could. Alabama being at the top of this list seems funny to me

Okay, the pretentious anonymous posters need to lighten up about the Ivy league GPA rankings. This is a swimming blog and is about the dagger in the heart that us swim nerds feel when we hear about another college program being cut.

CONGRATULATIONS to the Clemson tigers who handled their studies despite knowing that their swim program was coming to an end. You took the higher road and should be commended for that. As for the Clemson AD, shame on you for cutting one of the few athletic teams that catapults your program into a positive light on the national stage.

There is nothing pretentious about defending oneself against an insult, whether it’s done so by someone in the Ivy League or otherwise. As for Clemson, I’m sure everyone in swimming lauds their swimmer’s success and laments the illogical termination of their program. What is not necessary is to discredit another program by insulting them as done by Junker (Grade inflation? Really? You don’t think Ivy athletes work hard?) and Lea (Pretentious? Every time someone from the Ivy League voices an opinion, it’s called “pretentious.” Really?) Let’s have the maturity to honor ourselves and others without having to put others down in the process.

As far as Ivies go, Penn was also on the list.

And Clemson is getting rid of the highest GPA ranked girls team in the nation…yeah….that’s a bright idea.

For the record, Princeton officially enforces a grade-deflation policy.

Hmm. I was assuming all the Ivies on the men’s DI list was thanks to some rampant grade-inflation at those schools, but then none of ’em show up on the women’s list. Color me confused. (Unless they all show up on the revised list, then my suspicions may be correct!)

Oh please. Are you suggesting that it’s all about grade inflation, and thus Alabama and the other SEC schools have more capable students (overall) than the Ivys? I’d like to see what would happen if they traded curricula. No comparison. Get over it!

Haha yea. It’s all a conspiracy. They really aren’t smart in the Ivy League. It’s all grade inflation.