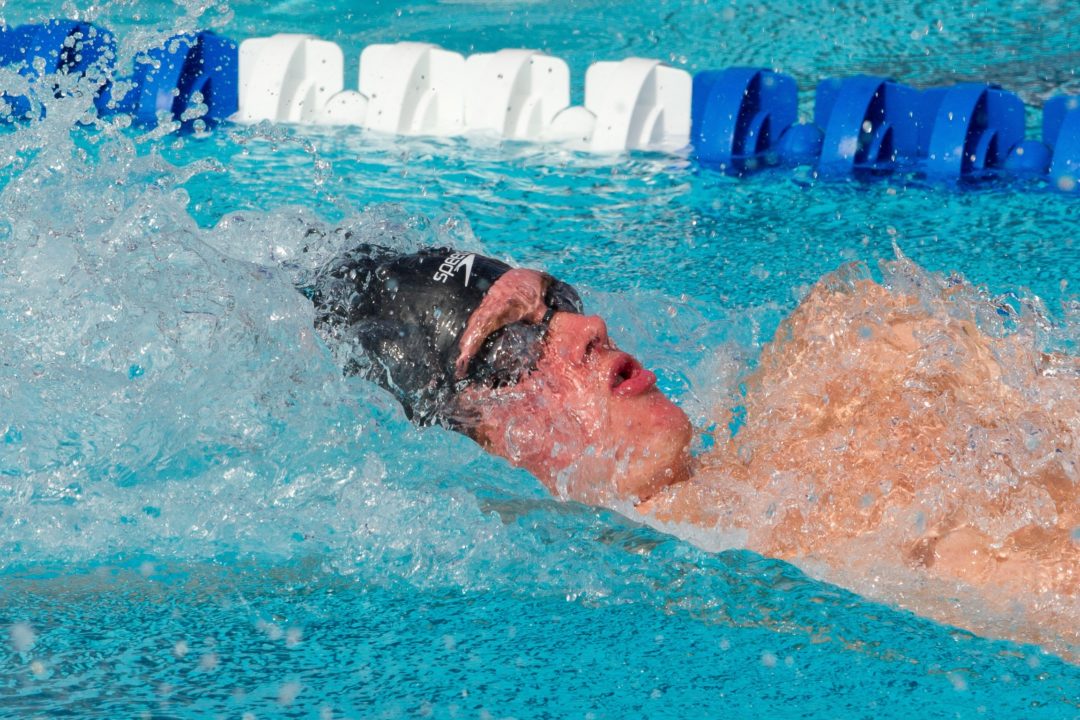 On day 5 of the World University Games, three swimmers earn top seeds for Team USA during the prelims session.

Jack Conger, the future Texas Longhorn, had the fastest time of the morning in the men’s 200m backstroke, taking the top seed. Conger’s time of 1:58.87 is still a second and a half off of is seed time so his is expected to drop. He was the top seeded swimmer coming into the meet. Jacob Pebley also was under 2 minutes at 1:59.72. Pebley is fourth going into the semifinals. Another familiar name in sixth place is Eric Ress of France. Ress swims for Indiana University.

In the women’s 200m freestyle, nobody was able to break 2 minutes during the prelims. In the finals of the 4×200 freestyle relay, 11 women were able to break 2 minutes so it should be very interesting as the meet continues. Caitlin McClatchey of Great Britain had the fastest time of the morning at 2:00.32.  Chelsea Chenault touched at 2:01.56 for seventh and Megan Romano qualified 12th with her time of 2:02.34. In the final of the relay, Chenault and Romano had the 2 fastest splits in the field at 1:57.88 and 1:57.91 respectively.

Kyler Van Swol, from the University of Minnesota, had the fastest time of the morning and will be the top seed in the men’s 100m butterfly. His time of 52.37 was over a half second drop from his seed time. Jack Conger finished seventh with his time of 52.94.

In the men’s 50m breaststroke, Gliulio Andrea Zorzo of Russia qualified with the fastest time of the morning at 27.72. The former USC Trojan, Vlad Morozov of Russia, finished third in 27.85. Mike Alexanderov, now representing the United States of America, tied for fifth with a time of 27.91. He swam for Bulgaria in the 2004 and 2008 Olympics. Cody Miller finished 23rd with his time of 28.58 but did not qualify for the semifinals.

Martina de Memme of Italy had the fastest time of the morning in the women’s 800m freestyle with a time of 8:38.12. Ashley Steenvoorden and Stephanie Peacock were able to finish second and third for Team USA going into finals with their times of 8:39.94 and 8:39.97 respectively.

Keeping my fingers crossed for Daniel Steen Andersen in the 100 fly tonight, Denmark needs another medal to stay ahead of France 🙂

Argh, wrong post, referring to the 100 fly in the Euro junior championships before anyone gets very confused…

There were more than a few multiple dolphin kicks in the men 100 breast prelims.

I don’t want to think what will happen in Barcelona. Will it be another fiasco, or will FINAsco clean up their act?

As long as they don’t go for the stupid allow unlimited dolphin kicks solution – underwater cameras please! Let’s at least have one stroke in which technique and excellence in the stroke is paramount above underwater skills.

I’m curious why we seem to only see it in the men’s events.

FINA should have instituted underwater camera long ago.
Remember when Jedreczak won over Schipper in 2005 Montreal, giving Jedrezcak the gold and WR, although she touched with only one hand. Schipper was robbed of one gold WC and a WR.