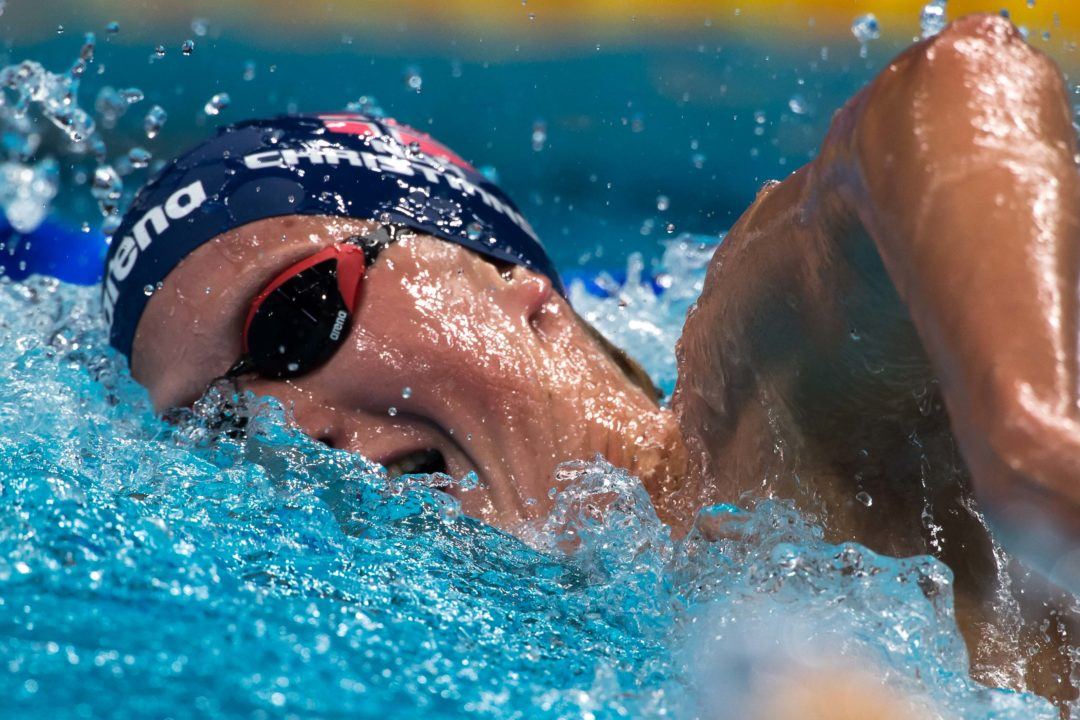 The North Sea Meet wrapped up earlier this month at Stavanger Swimming Pool in Stavanger, Norway and now many of the same elite swimmers are back in action at the same location for this week’s Norwegian Short Course Championships.

The 4-day competition started off in style, with multi-World Championships medalist Henrik Christiansen firing off a new Norwegian national and Nordic record in the men’s 800m free.

Entering the competition with a personal best and Norwegian standard of 7:36.06 from the 2015 European Short Course Championships, he most recently notched a modest effort of 7:42.45 at the aforementioned North Sea Swim just 2 weeks ago.

Tonight, however, 23-year-old Christiansen dropped his lifetime best down to a new low of 7:33.28 to take the gold. The freestyle ace was in a race by himself, beating the next closest competitor by over 19 seconds.

Christiansen is coming off of silver in the long course 800m free event from this summer’s World Championships, where he finished about 2 seconds off of winner Gregorio Paltrinieri of Italy, with both setting new national records in the process.

The freestyle ace of Norway’s swim now positions him at #7 among the top performers ever in the men’s SCM 800 free.

Also making waves right off the bat at these Championships was Tomoe Hvas. The 19-year-old Youth Olympic Games multi-medalist produced the fastest time ever for a Norwegian in the men’s 50m fly.

Hvas topped the podium here in Stavanger in a time of 22.90 to become the first Norwegian ever to dip under the 23-second threshold in the event. The previous national record stood at 23.02 from Niksa Stojkovski’s performance at the 2018 Short Course World Championships.

Hvas took the bronze in the 200m medley event at the 2017 edition of the European Short Course Championships, so we’ll see what he has in store in about a month in Glasgow.

Rypestol’s effort not only grabbed gold, but it lowered the Norwegian national record of 4:11.51 that’s been on the books 30 years. Irene Dalby set the standard at the 1989 European Championships in Bonn, West Germany.