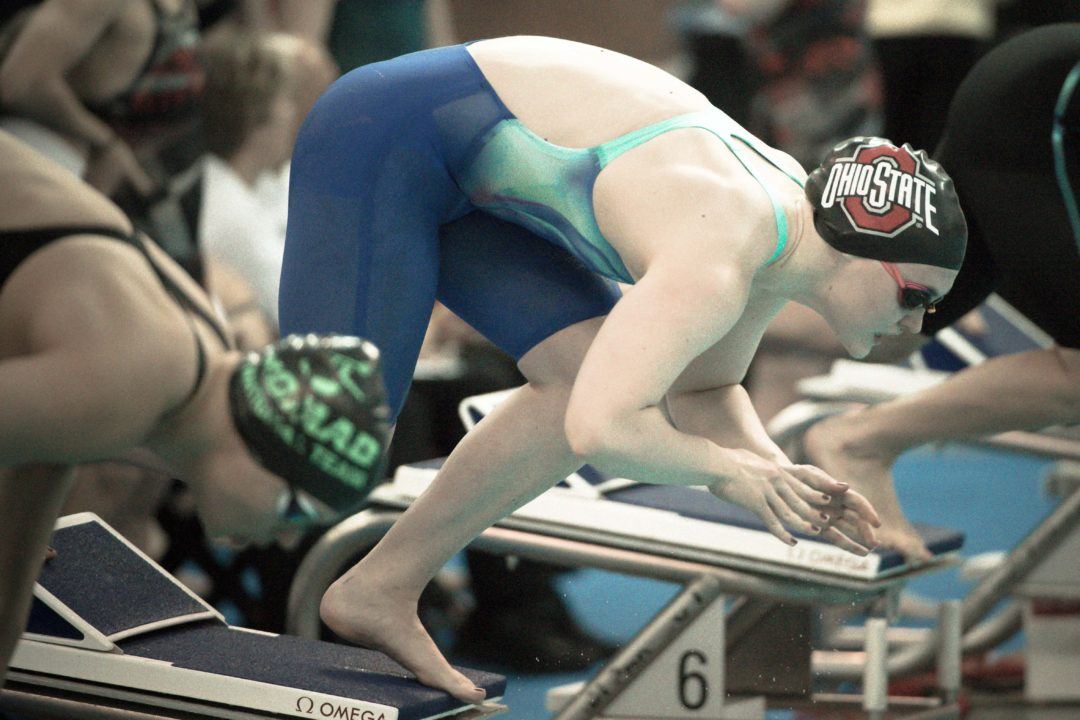 The Ohio State Swim Club had a very strong showing as a whole, collecting six wins, including a pair of impressive 50 free showings from Freya Rayner and Mateo Chavez.

Rayner, a native of Great Britain who is coming off her freshman year with Buckeyes, won the women’s 50 in 25.94, her fastest of the season. She was previously 26.15 at the Columbus Pro Swim Series two weeks ago, and holds a personal best of 25.24 from last summer. 16-year-old Claire Abbasse of the Liquid Lightning was the runner-up in 26.37.

The 19-year-old Chavez won the men’s event in a time of 22.68, dipping below 23 seconds for the first time. Like Rayner, his previous PB was set in Columbus in a time of 23.27. Justin Grender from the Cincinnati Marlins took 2nd in 23.18.