Changes in Store for Swimming in Australia, Leisel Jones Will Retire 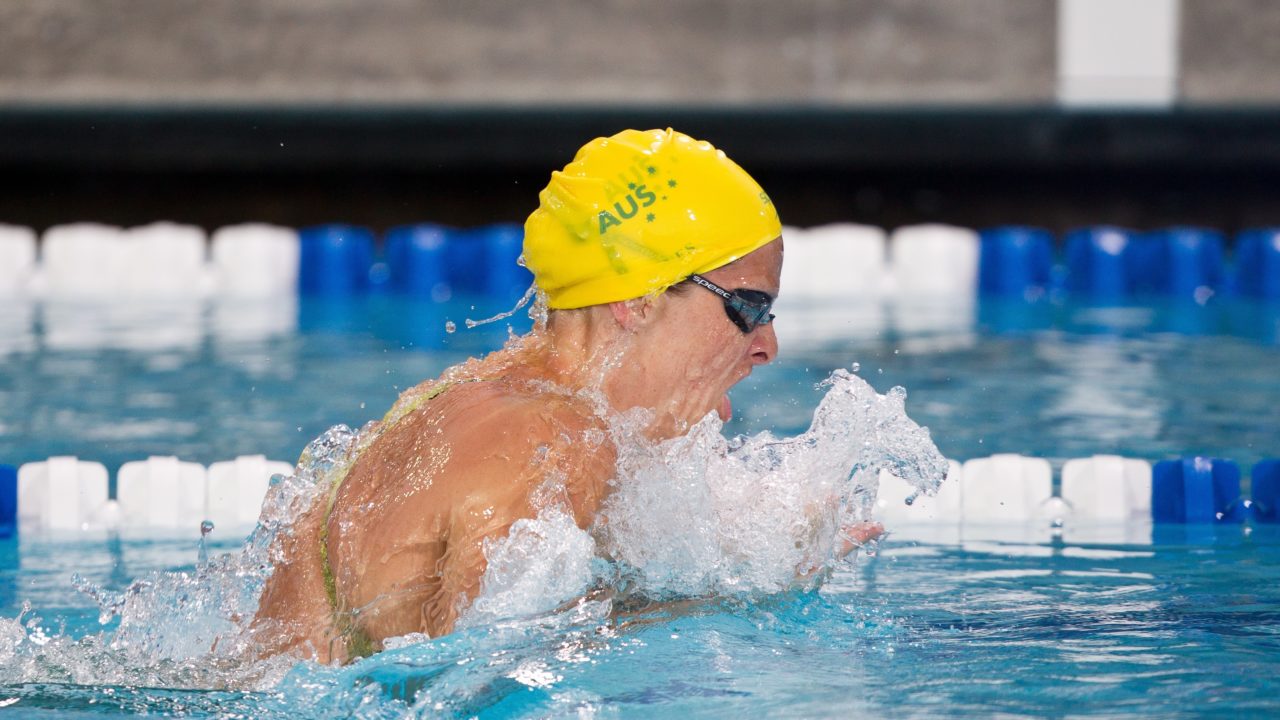 On the national team for fifteen years, Australian backstroking ace Emily Seebohm has qualified for her fourth Olympic Games.

There could be a lot of change in store for swimming in Australia.

Although not a surprise, the Sydney Morning Herald is reporting that Leisel Jones will announce her retirement tomorrow.

Lethal Leisel became one of the faces of the revival of swimming in Australia. She became the first Australian female swimmer to compete in four straight Olympic Games (attending her first in 2000 as a 15-year-old) and collected medals in each appearance.

Heading into the 2012 Olympic Games she was highly criticized by many in the media for being unprepared, referencing photographs of the swimming icon whose appearance was less than flattering. Despite that criticism Jones’ teammates and coaches came to her defence, calling the media’s conduct disgraceful.

Jones’ retirement comes on the heels of an announcement by Swimming Australia that they will be launching an independent review into the sports culture after its poorest showing at an Olympic Games since 1992; 2012 was the first time they failed to earn individual gold in a games since 1976.

This is not the first time that Swimming Australia has had to do some serious navel gazing after an embarrassing performance. After earning only three medals at the 1988 Olympics, one of each color, legendary coach Don Talbot was hired to get the program back on track.

When taking the job, Talbot announced to the world that the Aussies would eventually surpass the Americans as the world’s top swimming nation. At the 2001 World Championships his goal was achieved when the Australians won 13 golds compared to nine by the United States.

Can Australian Swimming make the same kind of comeback they did after Barcelona?

All you have to do is look back at the recent success of all the young Australians’ throughout the FINA/ARENA Swimming World Cup. They will be back in Rio and we better be better prepared.

Congrats Leisel on a fantastic career! Not a surprise at all especially after our conversation this past summer. I have many great memories of watching races from Olympics, to Worlds and I am thrilled to have gotten to know you and been able to talk to you through the years.

The US has 314 million people, Australia 23 million. By sheer talent pool numbers alone, the fact that Australia is even close to the US is quite an achievement. In similar fashion the Dutch women are lights out with a total population of 16 million people. So with a talent pool of 8 million women the Dutch swim faster than the United States with 150+ million women to choose from.

Yeah the Dutch are better than the Americans a one thing: female sprinting. Name another olympic finalist from the Netherlands in an event other then the 50 or 100 free.