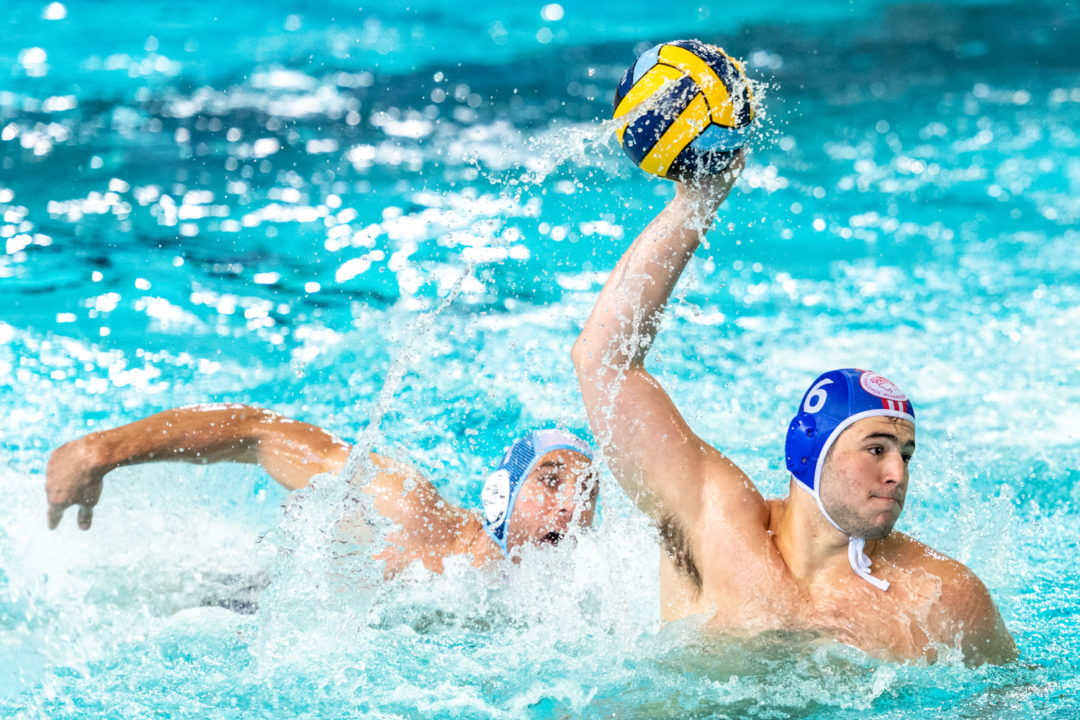 In a special round beginning on Monday and finishing in the weekend, thegame of Olympiacos Piraeus and Jug Dubrovnik stands out in Group A. Current photo via Giorgio Scala/Deepbluemedia/Insidefoto - courtesy LEN Media

In a special round beginning on Monday and finishing in the weekend, the
game of Olympiacos Piraeus and Jug Dubrovnik stands out in Group A, while
the all-Hungarian clash of OSC and title-holder Ferencvaros is the featured
match in Group B.
Just five days after the previous round, five more games kick off the 7th round
of the Champions League. The schedule of the group stage had long been set,
the timing of the rounds is tend to respect the general water polo calendar
and to avoid clashing with the football Champions League playing days.
However, FINA’s decision to move the U20 junior World Championships to
December from the original summer dates came much later – since many
clubs field young talented players who should join their U20 national teams
soon, LEN accepted their request to bring their matches forward to this
Monday.
The big match in Group A will be played in Piraeus featuring the leaders of
the group Olympiacos and Jug. The two sides also met in the 2016 final where
Jug stunned the Greeks – and in the last season too when they had a thrilling
10-10 draw in Piraeus and Jug won 10-6 in Dubrovnik. It’s going to be a
thrilling clash, Maro Jokovic joined the Greeks from Jug this summer while
Paulo Obradovic returned to the Croats from Olympiacos – so there will be
some extra flavour to enjoy.
Third ranked Barceloneta’s visit in Split also promises some exciting
moments: Jadran managed to beat Jug earlier but recently – weakened by
illnesses and injuries – suffered back-to-back defeats and it’s yet to be seen if
they could recover from the last one at home against Jadran Carine.
In the meantime the Montenegrins, fresh from their 6-goal triumph in Split,
are eager to hunt down Sintez in their home, however, the Russians would
also love to bounce back from their home loss to Spandau.
The Germans showed their strength and now faces Szolnok which went down
in Dubrovnik and suffered an embarrassingly big defeat in the semis of the
Hungarian Cup Saturday (against Ferencvaros). Szolnok now holds the 4th
place, just four points ahead of Spandau so this encounter is crucial.
The Hungarian in-house derby is the highlight in Group B – OSC and
Ferencvaros are to play for the Hungarian Cup this Sunday (soon) and a week
later will also go for the points in the Champions League. The title-holder is
still undefeated while OSC lost twice at home, a third one would definitely