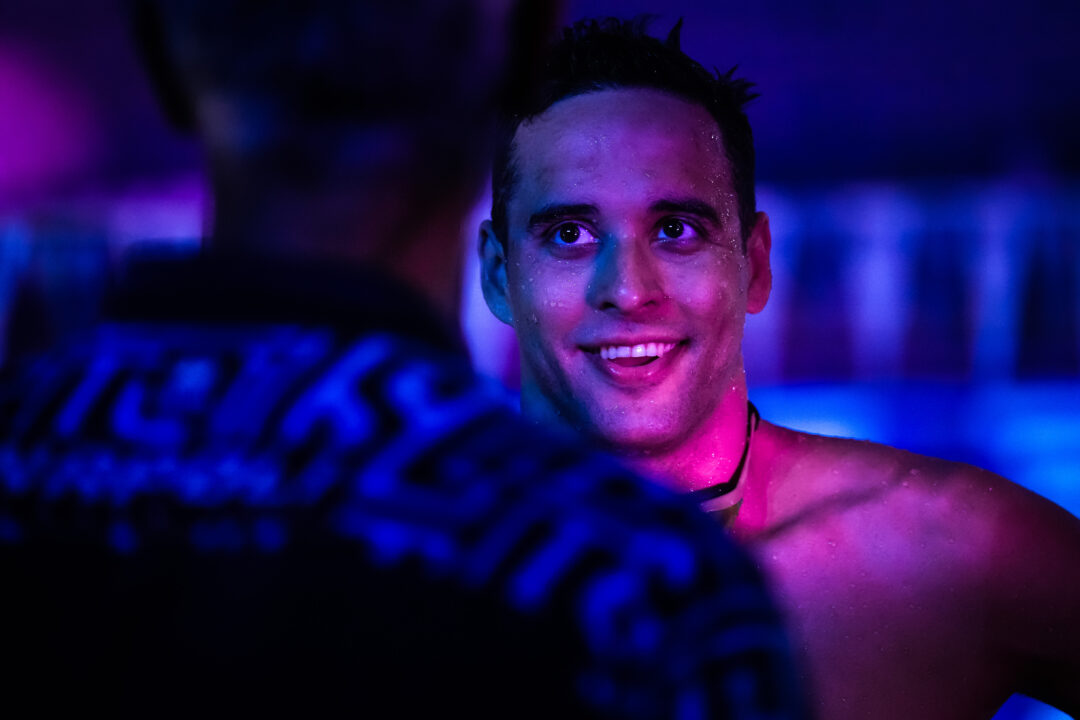 13-year old Alina Baievych won two individual finals and swimmers from the SG Neukolln club were the dominant forces through the first two days at the 2022 German Short Course Championships. South African Chad le Clos, who has been training in Germany recently, also made an appearance at the meet.

Schulze and Kohler are both new trainees this year at the Berlin National base, where they swim under coach Lasse Frank.

“We had just returned from altitude training on Monday and now we want to do something to improve the toughness of the competition with a view to the short course World Championships in December. I’m already very satisfied with this start,” Frank said after the first day of competition.

Kohler went on to win the 50 fly on day 2 in 26.20. She was 4th at the European Championships in the long course version of that event over the summer.

Chad le Clos, the South African Olympic gold medalist, also made an appearance at the meet, his first domestic test since beginning training with Dirk Lange in Frankfurt. After swimming 1:49s in each of the three World Cup legs, he swam 1:51.00 to win the 200 fly on day 1 of German Nationals.

There was a big upset on day 1 of the meet, when 22-year old Luca Matzerath beat Marco Koch in the 100 breaststroke. The two Frankfurt teammates swam times of 58.51 and 58.90, respectively.

I wouldn’t call Matzerath beating Koch a big upset…..he did just final at worlds in the 50 and 100 last summer.

Your mom cares, she messaged me before my original post.