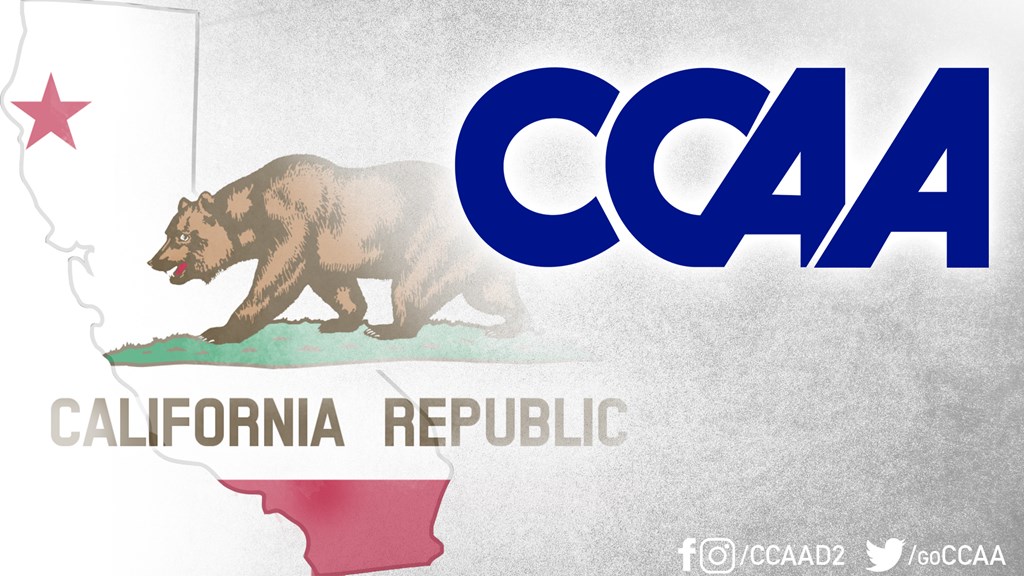 The conference will only have 1 collegiate swimming & diving program in the fall: Cal State East Bay. The order specifically suspends competition.

While the CCAA does not sponsor football, the suspension of athletics comes amid national concerns about what will happen to Olympic sports if schools lose the revenue generated by the football season.

“The statement continues to say that “CCAA member institutions will continue to advocate strongly to maintain NCAA championship opportunities for all of our student-athletes, including our fall sports, during the 2020-21 academic year and recommend competition resume when it is safe and appropriate to do so for all of its members.”

Both orders specifically relate to competition.

While the swimming & diving season crosses over to competition in the spring semester, a handful of sports have their championships in the fall. For Cal State East Bay, that includes men’s & women’s cross country, men’s and women’s soccer, and women’s volleyball.

Cal State East Bay competes in the PCSC, where they won last year’s women’s conference championship. Cal State East Bay coach Shane Pelton told SwimSwam on Tuesday, shortly after the news broke, that he still didn’t have much information about what this meant for his team’s season beyond what was public.

The Mountain West Conference, which has 3 members that are part of the California State University system, released a statement as well.

“Certainly, all conversations are led by academics, as well as public health and safety. Within that framework, more determinations are necessary. All three institutions will work closely with the Mountain West. No decisions on athletics have been made.”

A death knell to this system

Its CA’s decision and they’ve made it in their best interests. I agree with you that all the kids that are seeking education should just go to another state for it.

I’m honestly surprised that a petition would only turn up a 20% “I won’t pay current tuition for online school.” Everyone’s so mad about tuition prices as is, and this is one of those topics that I would think would survey higher than the truth, re: people just wanting to vent via survey that they think tuition is too high.

Agree but it was a petition. Some loyalty but massive warning to university systems

I mean, what are they going to do, try to get a job in the worst economy on record? Transfer to other schools that are just going to do the same thing when push comes to shove?

I understand the need to want to make a change. They probably can’t afford the tuition as is, and if they are going to borrow their way through school, just as well choose a cheaper option if it’s going to be online. Your point on the economy and job market being bad are all the more reason to pursue a cheaper option.

Taxes going “way up” out there (not that they aren’t sky high as it is). Can’t see any other remedy☹️. Even more of their current residents will be moving to states like mine to get away from it all. CCAA made this decision “WAY” too early. Now the suffering begins!

Agreed! It’s ridiculous to make this decision now, in mid-May.

If you think Texas universities are flush with cash and are going to do any better, you haven’t been paying attention. These are land grant institutions that are also suffering in a major way because of oil prices being through the floor. https://www.wsj.com/articles/texas-gets-double-punch-from-coronavirus-and-oil-shock-theres-no-avoiding-this-one-11586113727

Problem with CA is that some cities already have a 9.75% income tax rate, up to a 13.3% state income tax, 7.25% sales tax, and top that off with Federal Taxes and over priced tuition there’s no room to try and fix this with a tax increase. That ship sailed.

If I went to college (I skipped because I am a genius) I would simply not get the virus. It’s easy.

This is such a disgrace. Back in March, when this lockdown stuff started, we were told we had to “flatten the curve”. The curve has been flattened and hospital beds are empty.
Let’s get back to work, school, sports etc!

Hospital occupancy rates are down because there haven’t been any elective procedures, transplants, and the rest. It’s not because we’re doing such a wonderful job with COVID-19. Daily death rates are still as high as they’ve been for weeks now. But hey, you go first.

Sunday and Monday had the lowest death totals since March. The daily death totals, on a weekly average basis, have been going down for two weeks.

Yeah and Wednesday was twice as much again. The curve is jagged and almost undulating, probably reflecting differences in reporting a 7 day event in a 5 day work week. 1200 deaths a day (Wednesday) is the same as it was at the beginning of the hysteria and in the top 10 days.

Yes, correct the curve does have an almost undulating pattern due to the issue of the weekend. That’s why it’s important to look at the weekly average because that helps to fix that problem. That weekly average is trending down.
For the past five weeks, the middle of the week has peaked at at least 2200. This week has so far peaked at 1700. Anyway you look at it, deaths per day is going down. (new cases are also down).

Deaths per day are going down because nearly everyone in NYC has already been killed. New cases are “down” because of the late testing surge that pushed the early part of the curve higher. It’s not safe out there or anywhere near it.

“nearly everyone is NYC has already been killed” Help me understand this part of your argument, please…..

You’re free to stay indoors for as long as you want. I’m going to my local park tomorrow and getting dinner out.

It’s dangerous to take a national average and make a claim that everything’s better. There are 19 states with over 5000 cases where new cases are increasing (https://www.reuters.com/article/us-health-coronavirus-usa-trends/where-coronavirus-cases-are-rising-in-the-united-states-idUSKBN22P384) — with now Texas, Wisconsin, joining them.

It’s also dangerous to take NY’s data and apply that to the rest of the country. I believe this is why states and cities are making the decisions of when to re-open.

That’s not very Texas of you!

Posted this earlier on another thread, updated with the latest figures: Here in Contra Costa County in the East Bay Area of Northern California, we were one of the first counties in the county to shelter in place. We were told it was due to the necessity to flatten the curve to prevent our hospitals from being over run. Our SiP has been extended beyond what Newsom is suggesting for the rest of California–at least through May. Here are the latest stats from our county: Population: 1.2 million Deaths: 33 (None of the deaths are younger than the 51-60 category; nearly 60% were over 81 years old). Currently hospitalized with Covid: 16 Hospital bed utilization by Covid patients: 1.2% Ventilator… Read more »

The support for this comment shows SwimSwam’s demographics 😂 and very few of them are in medicine.

Dr. King Dean Farris, who doubles as my doctor, agrees that it’s time to get back to work. Who are you to doubt his medical expertise?