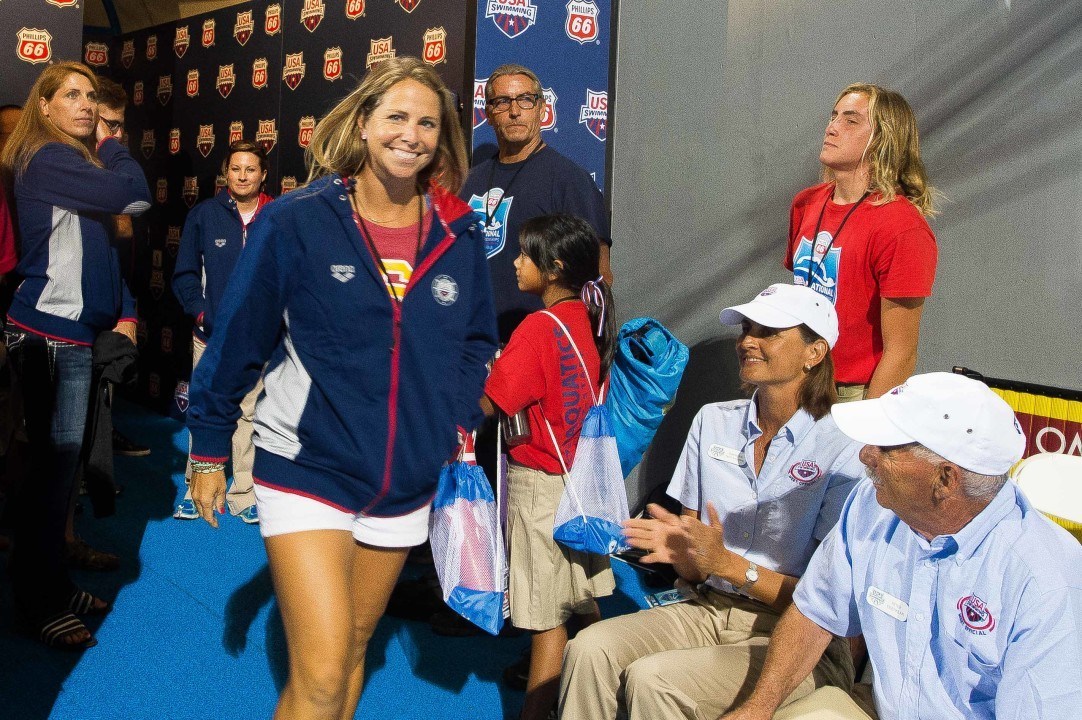 “I am excited for Catherine,” Salo said. “When I met her at the World Championships in 2005, I made a mental note that this is someone special. When I had the opportunity to hire her as an assistant years ago I knew the positive impact it would have on USC swimming. We have excelled during that time in large part to her energy and enthusiasm. Catherine is one of the best. As head assistant coach, she has my confidence that she will continue to help us realize our goal of a national team championship.”

Vogt, who will coach both the men’s and women’s squads, recently completed her third stint as Team USA’s open water head coach at the 2015 World Championships. She also did it in 2013 and 2009.

The USC women’s team is one of only four schools to post NCAA top 8 finishes in each of the past six years while the men’s squad finished fourth in two of the past three years at the NCAAs and won its first Pac-12 title last season since 1979.

“I am proud of Jeremy and his recent appointment as head coach at Boise State,” Salo said. “He has been with me for eight years, always allowing me to be the best that I can be as a coach. I am very proud of the work we did together for USC. He will be an outstanding coach for Boise, but will be greatly missed here at USC.”

Completing USC’s coaching staff are second-year assistant coaches Chase Bloch and Wes Foltz. Bloch was an All-American and a Pac-12 finalist during a four-year career under Salo that ended as a 2014 co-captain while Foltz continues his tenure as an up-and-coming coach.

“Chase brings an unmatched point of view to our program having swum for USC,” Salo said. “He is vital to our connection to prospects. Wes has had some great experience over the past few years and has brought great energy and innovation to our program. Together, we have two of the best assistant coaches I could hope for.”

This is a promotion well deserved and earned with a lot of hard work and dedication to swimming by this world class coach. Catherine has had such a positive impact on so many swimmers both at USC, with Trojan Swim Club and with USA Swimming with her OW coaching. USC is fortunate to have her talents there! A big huge congrats to her for being named Head Assn’t Coach. It’s great to be a part of the Trojan Family with you! Fight On!

Great move by USC. Catherine has proven success at every stop in her career and is one of the top coaches in the country. Good luck this year to the Trojans and congratulations Catherine!

CFrock, Congrats from everyone back at UNC! We’ve enjoyed watching both you and your swimmers excel since you left Chapel Hill. Wishing you continued success out there in Troy.

Nice promotion for Vogt. But Jeremy Kipp was USC’s ace recruiter and with him leaving for Boise State, who will be the recruiter and closer? Half of a college program’s success hinges on effective recruiting of talented athletes and then coaching up once they’re in the program. Chase Bloch can be involved with recruits, but he’s just a couple of years out of college himself.

Congratulations to Catherine! She is well deserving of the promotion as she has been at the top of the coaching chain for a long time. This will earn her some great experience should she step across town to UCLA in the future. I do think USC will be fine from a recruiting perspective: top-notch academics, fantastic athletic department support, newly renovated aquatics facility and located in Southern California. Bloch will easily fill the shoes of Kipp.