Carlin Top Performer on the First Night of the Edinburgh International 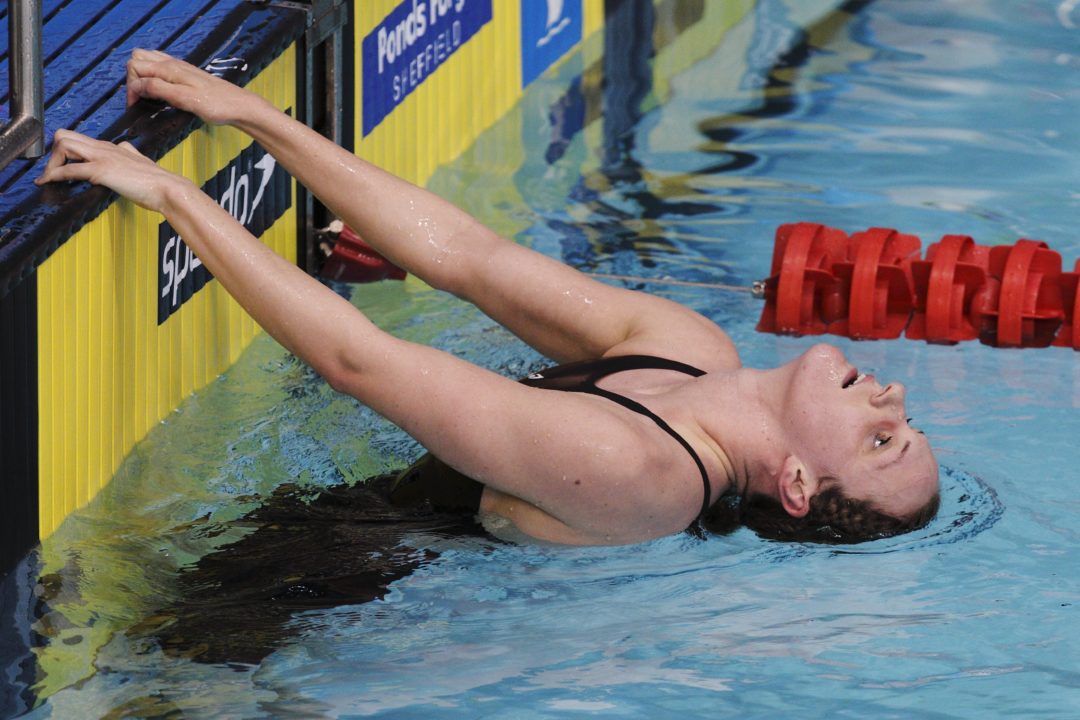 Jazz Carlin was the top performer on the first night of the Edinburgh International swim meet winning the 400 freestyle... Current photo via David Crawford / www.stillsport.com

Jazz Carlin was the top performer on the first night of the Edinburgh International swim meet winning the 400 freestyle in a time of 4:06.79.

Carlin was off her season’s best of 4:05.55 which she posted at the Golden Tour in Marseilles and is the third fastest time done in the world this year.

Corrie Scott won the women’s 50 breaststroke in a time of 32.51 followed by Molly Renshaw who posted a 32.70. Sophie Taylor recorded the fastest time of the day in the prelims finishing in a 31.23.

The 50s are all skins events. Just in case anyone thinks the times look a little slower than what would be expected.