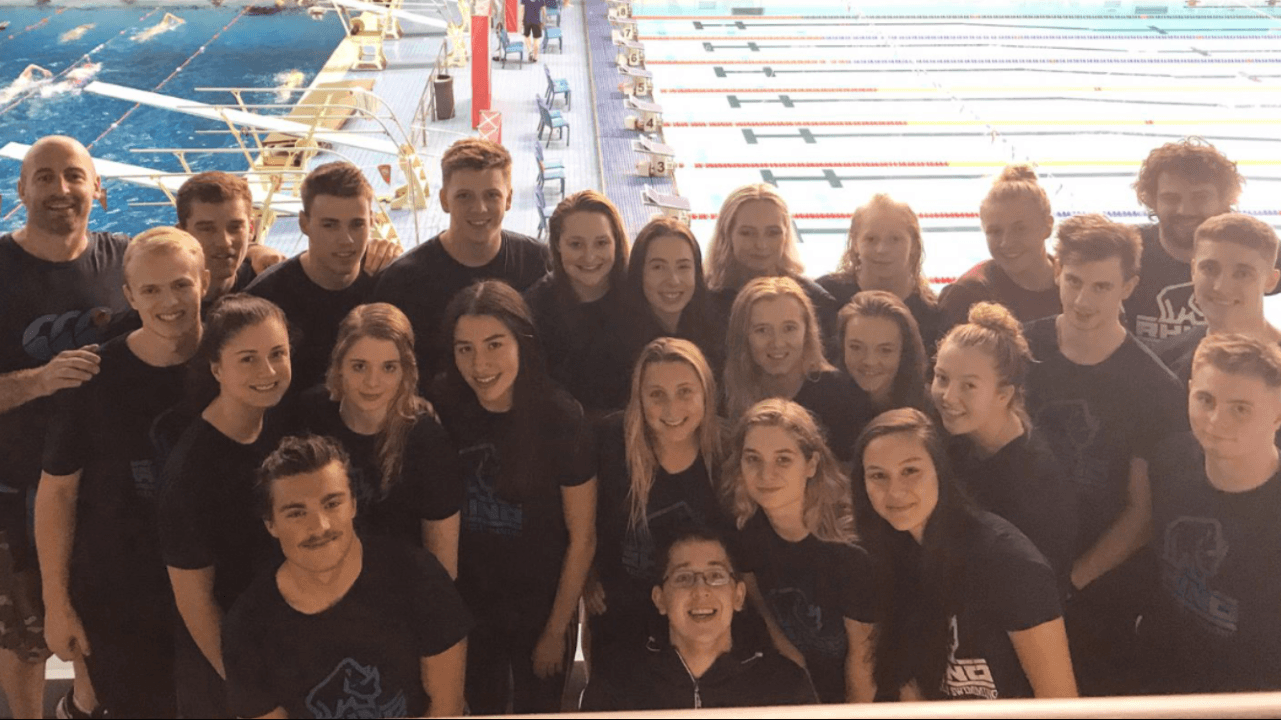 Cardiff Met came out on top of its annual duel with Swansea for the 4th consecutive year. Current photo via David Tonge

The 4th annual Duel in the Pool between Welsh clubs Swansea University and Cardiff Met took place earlier this week, with Cardiff coming out on top of the friendly short competition in a final point score of 111 to 84. This gave Cardiff its 4th consecutive victory in the genial competition, but the primary purpose of the duel is to fine-tune swimmers’ racing games in preparation for the upcoming British Universities & Colleges Long Course Championships (BUCS), which is slated for February 15th-17th.

Top finishers across the duel events included Chloe Groves who won the women’s 100m IM for Cardiff Met in a time of 1:10.46, while teammate Jake Fabi took the top spot in the men’s edition of the race in 1:03.98.

CMet’s Joy Willett got to the wall ahead of the field in the women’s 100m free, clocking 1:01.01, while Swansea got on the board in the men’s version of the race, courtesy of Dan Walker‘s first place finish of 54.79. Willett also did major damage in the 100m fly event, where the Cardiff athlete represented the only athlete of the field to dip under the 1:08 threshold in 1:07.99.

Swansea’s Abby Leeson sneaked ahead of CMet’s Inez Griffin in the women’s 100m breaststroke battle, with the former touching in 1:20.50 to the latter’s 1:20.72. The men’s 100m breast wasn’t as close, as Swansea’s Jakub Vincaluk topped the field by just short of a second, registering the fastest time of 1:10.94.

Swansea’s Abi White scored the win in the women’s 50m breast in 36.61, the only sub-37 mark of the field to keep her team in the points race and John Tsamp followed suit for the men, giving Swansea the win in 31.95.

Katie Townsend gave the momentum back to Cardiff with her 50m freestyle win in 29.04 and the squad sealed the deal with a victory in the mixed 8×50 freestyle relay.