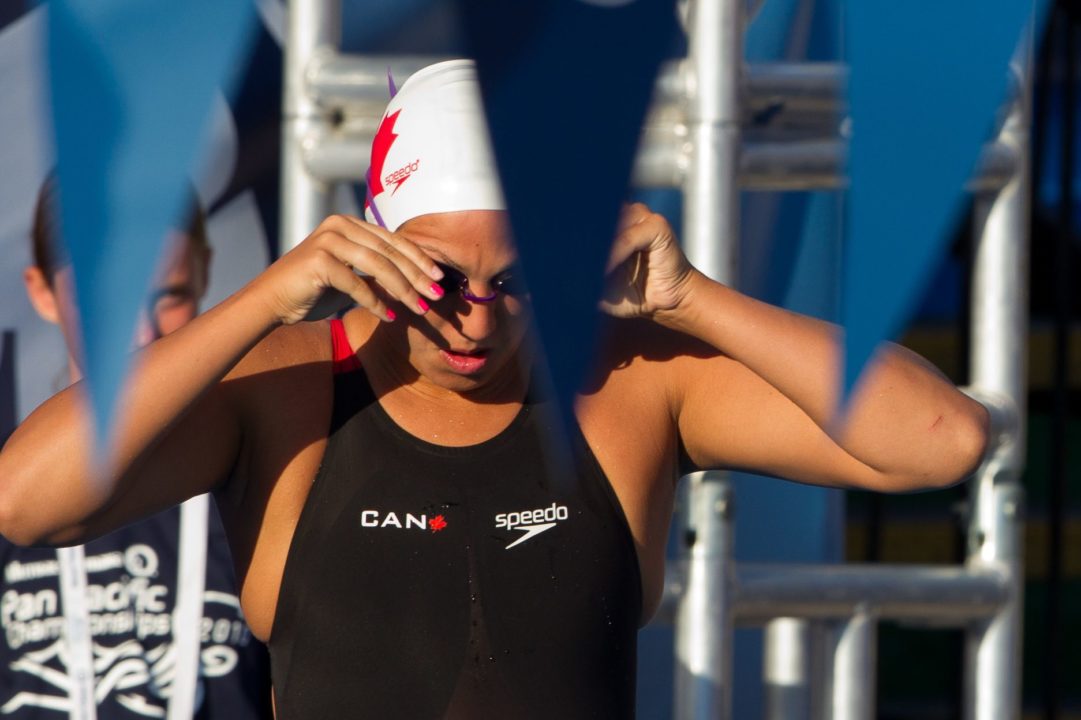 Caldwell, 22, swam the women’s 200-metre backstroke in 2:07.81, dropping more than a second from her personal best and shaving 0.23 from Sinead Russell’s national mark.

“That was my goal coming into the meet. I wanted it and I knew at trials to the 150 I was there and then my last 50 was a little bit weak. That was a little bit better today,” Caldwell said.

Still, she wasn’t sure she believed it, even after seeing her time on the board.

The time put Caldwell through into semifinals in third position, while Russell qualified in sixth. The 20-year-old from Burlington, Ont., went 2:09.24 in her heat to advance.

“It’s great,” Caldwell said. “We’ve had a couple of those on the girls side, in the 100 fly and us. It will be good to see a couple people in the final hopefully.”

The backstrokers will be among four Canadian women swimming in the evening session Friday. They join Toronto’s Martha McCabe, who will compete in the 200-m breaststroke final. McCabe, who turns 24 Sunday, won a bronze medal in the event at the 2011 worlds in Shanghai. Sandrine Mainville of Boucherville, Que., rounds out the Canadian contingent. The 21-year-old advanced to the 50-m butterfly semifinals in 15th with a time of 26.52.

Friday’s evening session begins at noon ET. Canada has sent a 34-member team (17 men, 17 women) to the world championships, which run through Sunday. Swimming Canada’s broadcast partner Sportsnet will be airing a one-hour highlight show all eight days of the championships.

In other morning swims for Canada, Noemie Thomas of Richmond, B.C., finished up her first worlds with the 50-m butterfly. The 17-year-old stopped the clock in 26.88 for 25th place.

Chris Manning of Brantford, Ont., made his world championships debut in the men’s 50-m freestyle. Manning, 21, touched the wall in 22.99 for 39th place.

Barrie, Ont., native Coleman Allen, who trains at the National Swim Centre – Vancouver, represented Canada in the men’s 100-m butterfly. The 20-year-old turned in a time of 53.53 for 29th.