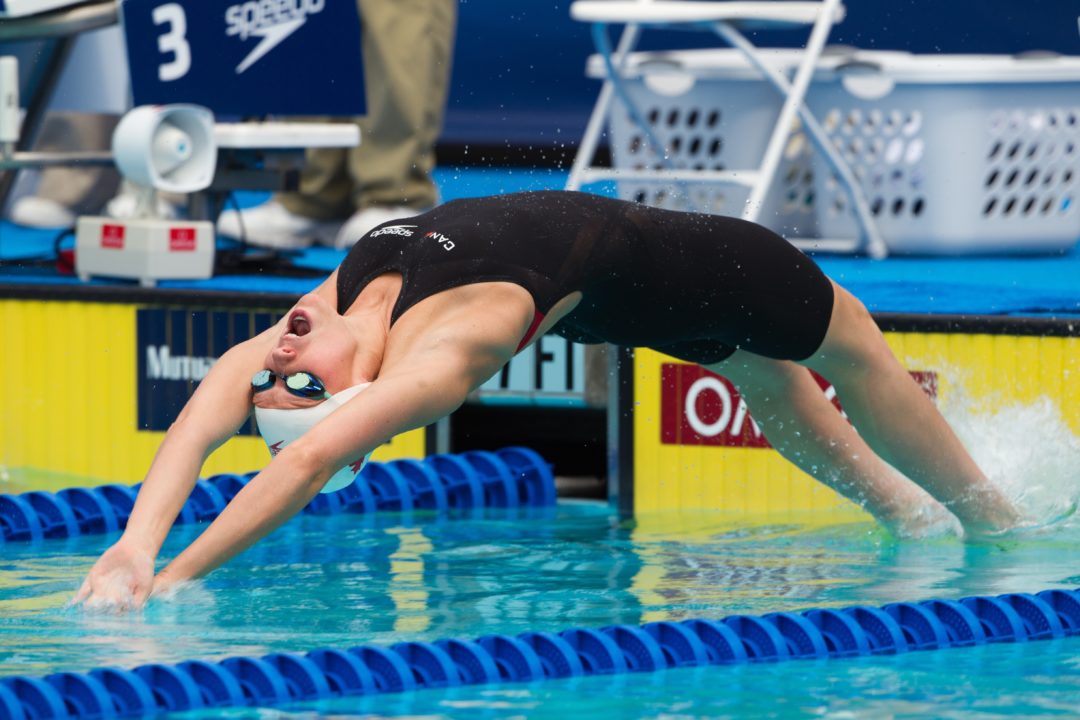 Oak's Dominique Bouchard was the top qualifier in the women's 200 backstroke... Current photo via Tim Binning/TheSwimPictures.com

The third day of the 2014 Canadian Championships started with both the women’s and men’s 200 freestyle champions qualifying with the top times in the 400 freestyle.

Oak’s Dominique Bouchard, who won the women’s 100 backstroke on the first night of competition, was the fastest qualifier in the 200 backstroke recording a time of 2:12.44. Meryn McCann of ESwim qualified second in a time of 2:14.59 followed by Bouchard’s teammate Annie Harrison who posted a time of 2:17.05.

On the men’s side Matt Meyers of the Toronto Swim Club was the top qualifier touching in a time of 2:03.96.

Sergey Holson of UBC was the top qualifier in the men’s 50 breaststroke followed by Konrad Bald of GHAC who posted a time of 28.82.