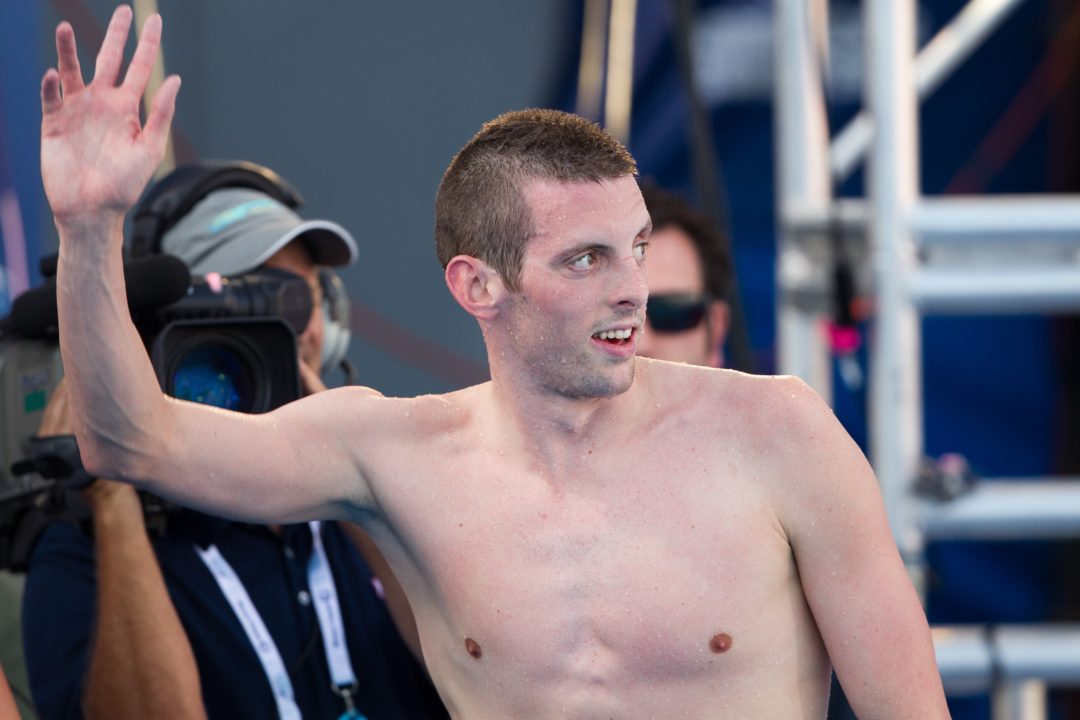 This evening Swimming Canada will be holding the Third Annual Big Splash, Canada’s version of the Golden Goggle Awards. The...

This evening Swimming Canada will be holding the Third Annual Big Splash, Canada’s version of the Golden Goggle Awards.

The mission of the evening is:

The Big Splash Awards Gala is Swimming Canada’s celebration of the best performances of the year in support of the CANSwim movement to teach every child in Canada how to swim.

There will be a on stage pre-show starting at 7:25 pm EST Co-hosted by Former Canadian Olympian Marianne Limpert who won a silver medal in the 200 IM at the 1996 Atlanta Olympics and World Renowned Swim Meet Announcer Chris Hindmarch-Watson.

The show’s headliner will be Canadian singer and actress Victoria Duffield. Duffield is best known for her songs ‘Shut Up and Dance’ and ‘Break Your Heart.’ She has also had roles in such shows as Smallville, Super Natural, Cold Squad and The Haunting Hour.

The evening will be emceed will be Canadian Sportscaster Rob Faulds

The event can be seen by a live web cast at http://swimcanweb.tv/en/live-webcast

In order to be nominated, a swimmer must have qualified for an individual final at their major competition of the year. For 2012, these nominees all competed at either the Olympic or Paralympic Games.  The Coach finalists were voted on and determined by the Canadian Swim Coaches and Teachers Association.

CSCTA Canadian Club Coach of the Year – sponsored by IHG

OMEGA Male Swimmer of the Year

OMEGA Female Swimmer of the Year

Open Water Swimmer of the Year

Our swimming community will choose the winner of the Race of the year in 2012!  Stay tuned for the nominees and get ready to vote early and often

In order to be nominated, a coach must have had a swimmer qualify for an individual final at their major competition of the year, and be their Coach of Record. For 2012, these nominees all coached their swimmers to performances at either the London Olympic or Paralympic Games.

Ahead of this year’s awards night Swimming Canada gave out their Individual Stroke Awards at this year’s Canada Cup event in Toronto.

Backstroke Female Swimmer of the Year

Backstroke Male Swimmer of the Year

Breaststroke Female Swimmer of the Year

Breaststroke Male Swimmer of the Year

Butterfly Female Swimmer of the Year

Butterfly Male Swimmer of the Year