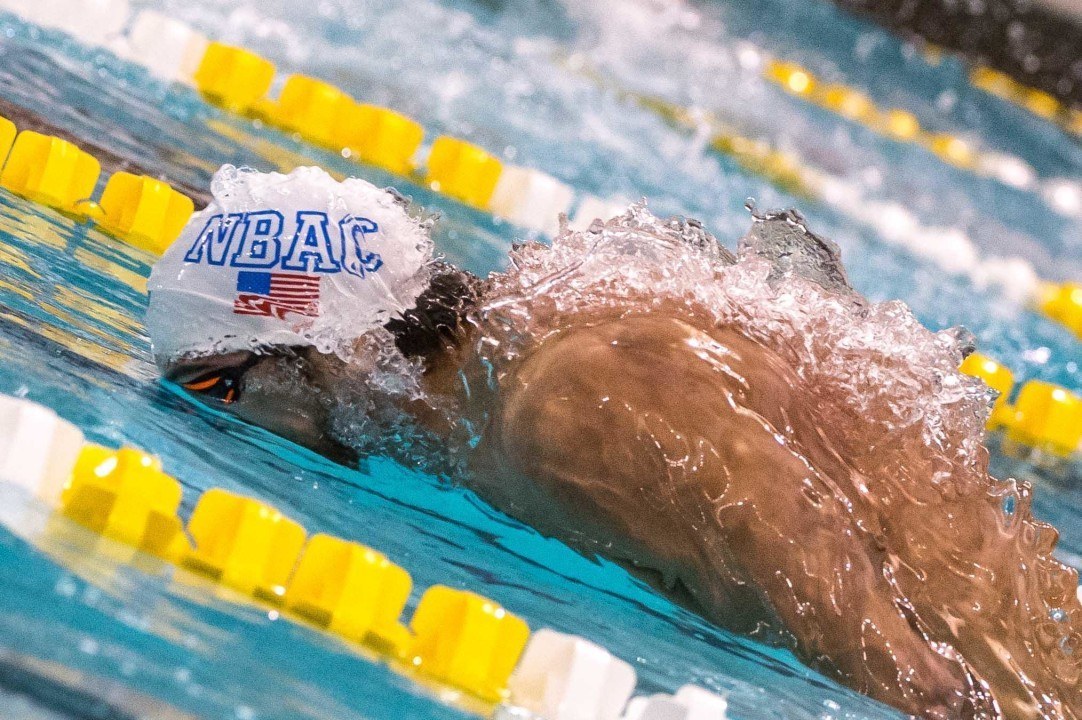 Michael Phelps led the North Baltimore Aquatic Club to a team title at Winter Nationals, even though none of their scorers currently train in Baltimore. Archive photo via Mike Lewis/Ola Vista Photography

The women from California Aquatics and the men from the North Baltimore Aquatics Club took the women’s and men’s team titles, respectively, at the 2015 Winter National Championships this weekend.

Meanwhile, the Berkeley-based Cal women and the University of Michigan men won the university titles – albeit in a year where fewer college teams participated than normal because of the switch to long course.

As is typical with USA Swimming meets, lax rules about club representation significantly waters down the value of team titles. For example, the North Baltimore Aquatic Club, that had more combined points than any other team at this meet, didn’t actually earn a single point from a swimmer who trains in Baltimore. David Nolan, who is from Pennsylvania and went to college in California, swam the meet as “unattached Maryland.” He currently trains with Bob Bowman’s pro group in Tempe and has never actually trained with NBAC in Baltimore, but it appears plans to represent the club nationally as well.

As it is, though, the above teams will go into the record books as the team champions.

That makes sense. It is the training not what pool it is done in.