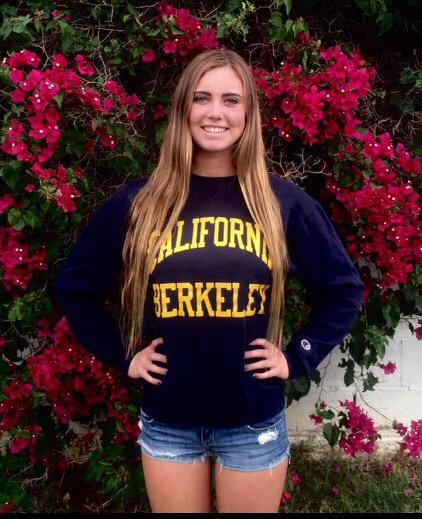 The University of California, Berkeley has kept a top talent in the family with yesterday’s verbal commitment of Irvine Novaquatics’ Courtney Mykkanen. Mykkanen is the daughter of former Cal All-American John Mykkanen. A 1984 Olympic Games silver medalist in the 400 free, he is still on the Golden Bears’ top-ten list in the 500, 1000, and 1650 freestyles.

The younger Mykkanen is a double-event qualifier for 2016 Olympic Trials and one of the high school class of 2016’s top backstrokers. Berkeley is a prime destination for the backstroke-inclined, and she will have an outstanding training group that includes 2015-16 freshmen Kathleen Baker and Amy Bilquist, as well as returning veterans Jasmine Mau, Catherine Ladd, and Kristin Vredeveld.

Mykkanen has been one of the nation’s top swimmers since her breakout summer of 2013, when at the age of 14 she finished in the top 5 at Junior Nationals and US Open in both the 100m back and 200m back and was selected to represent Team USA at the 2014 Youth Olympic Games in Nanjing, China. Her top events and times from the past two seasons are:

Mykkanen’s times in the 100 and 200 back would have landed her just outside the “A” finals at Pac-12 Conference Championships; however, every single Golden Bear who scored in the 2015 final of the 200 back will have left by the time she gets to Berkeley. It will be the younger end of the roster who will be counted on for backstroke points.

Cal’s class of 2020 is starting to take shape, with the following future teammates committing alongside Mykkanen:

That is wonderful. John is such a great person, I am certain his daughter will turn out to be a fantastic human being as well.

Congratulations Courtney! John and Joanna (also a Cal alum) must be thrilled. We needed to backfill our backstroke corral, and did we ever! So psyched that the family will be back in the area. Hope to see you all at a meet next year. (And maybe we can convince her to take a summer job coaching young swimmers at University Club.) Go Bears!!!

Congrats to the Mykkanen’s. Go Bears!