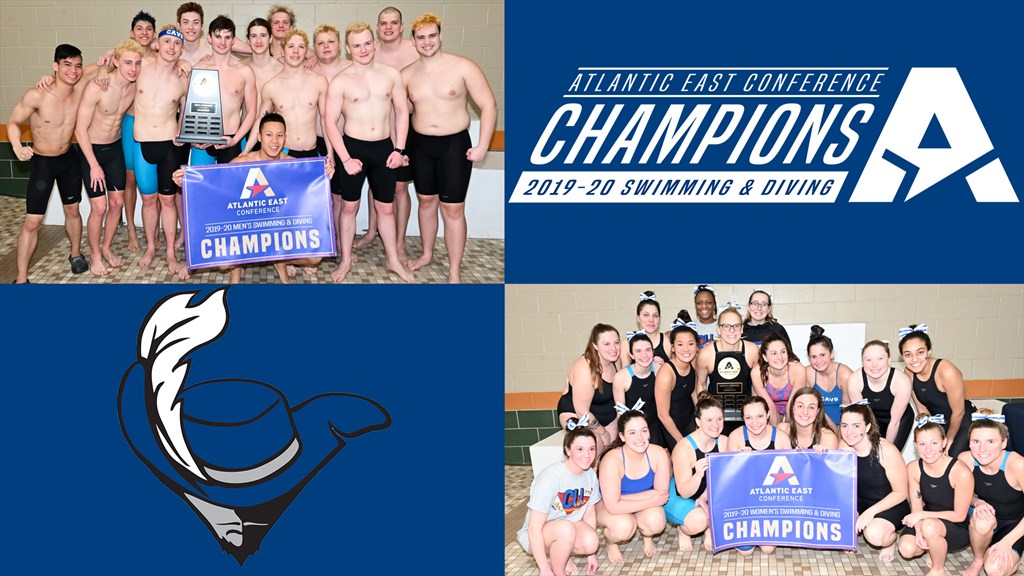 On the men's side, the Cavaliers scored 811 points through the three-day event to take the top spot, while the women collected 843 points. Current photo via Atlantic East Conference

SCRANTON, Pa. – The Atlantic East Conference Swimming and Diving Championships concluded on Sunday night, with Cabrini University defending its titles in both men’s and women’s.

On the men’s side, the Cavaliers scored 811 points through the three-day event to take the top spot. They were followed by Marymount University with 543 points, who claimed the runner-up plaque for the second-straight season.

On the women’s side, Cabrini collected 843 points to hoist the trophy once again. Like the men, Marymount claimed the runner-up plaque with 672 points for the second-consecutive season.

For both the men and women, Marywood University and Immaculata University rounded out the final team standings.

At the conclusion of the event, the Atlantic East honored all of the major awards for the meet, capped off by repeats on Men’s and Women’s Swimmers of the Year. Marymount’s Hayley Elizondo, who went untouched in the championships last season to take Swimmer of the Year, earned seven more gold medals this season to claim the honor once again. She was joined by Cabrini’s Cameron Mousley, who reeled in six gold medals in freestyle events to repeat as Men’s Swimmer of the Year.

The Men’s Rookie of the Year went to Marywood’s Kaiden Estep, who had a great weekend including earning the Pacers’ men’s first-ever championship in swimming when he won the 100 breaststroke on Saturday night. The Women’s Rookie of the Year was earned by two individuals, Marymount’s Delaney Carey and Marywood’s Gabby Cholish. Carey earned a gold in the 100 butterfly to set a new conference record, while adding two silvers to round out her individual events. Carey also joined forces in four relays, earning gold in three of them with two marking two conference records. Cholish earned two first-place medals in the 100 back and 200 fly, with her preliminary time in the 100 back setting a new conference record.

After guiding both programs to their second-straight team championships, the coaching staff of Cabrini University earned both Coaching Staff of the Year honors.

For the full results along with new conference records and more, be sure to check out the Championship page here.