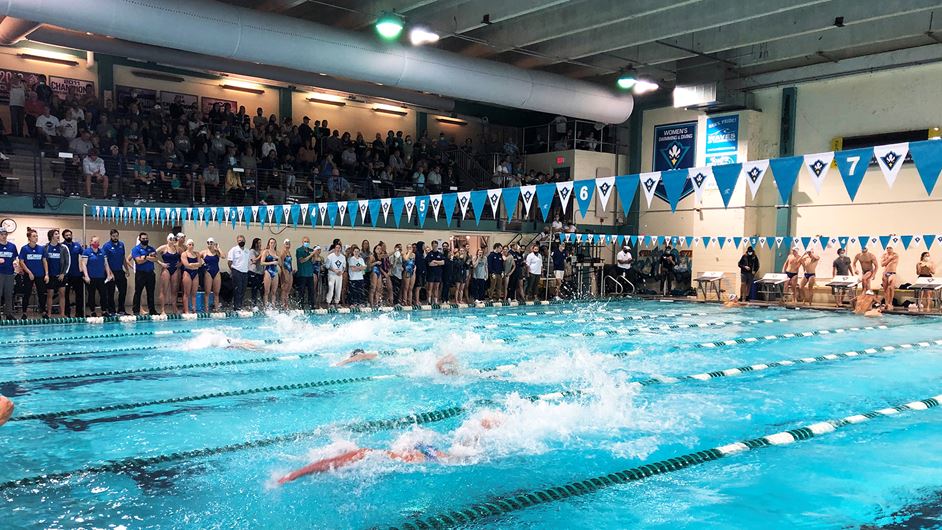 The expansion of the league comes amid a sort of realignment musical chairs that began with the announcement in July that Texas and Oklahoma were moving to the SEC. The Big 12 then filled that hole in September by adding Central Florida, Cincinnati, Houston, and BYU. James Madison, one of the two founding members of the CAA, announced it would be joining the Sun Belt Conference in November.

Hampton will relocate from the Big South. Monmouth will be leaving the MAAC, which did not have a conference championship last season. Stony Brook will be arriving from America East, where the women came in 6th of 7 teams at last year’s championship meet.

The Monmouth men’s team will compete against Towson, UNC-Wilmington, Drexel, William & Mary, and Delaware. The Monmouth and Stony Brook women will face William & Mary, Towson, Delaware, UNC-Wilmington, Drexel, and Northeastern in conference play. James Madison won their fourth consecutive CAA Women’s Swimming and Diving championship in 2021. (CAA bylaws prevent a departing team from competing in the conference championship so the Dukes will have to forego post-season play this year.) Towson won the men’s championship.

While Northeastern did not compete in 2021 (Covid), they are members of CAA for women.