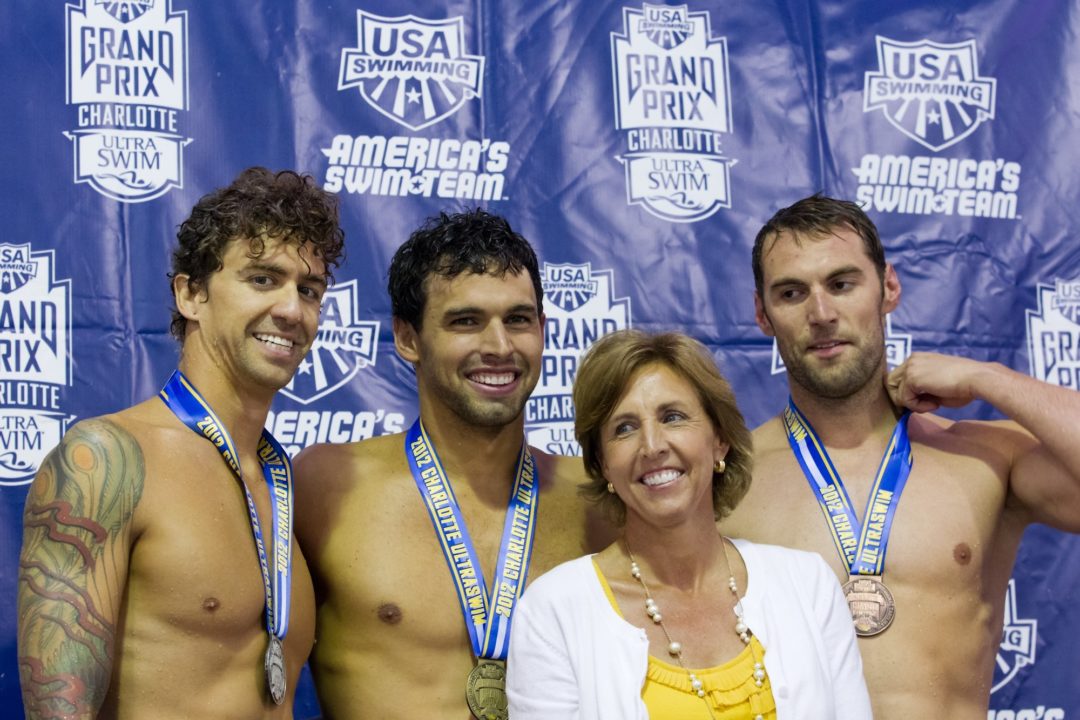 The Oxford English Dictionary gave every swim mom on Earth a little giggle when the term "budgie smugglers" was included into the OED 2016 Update. Current photo via Tim Binning/TheSwimPictures.com

We’re in the dictionary! Swimmers are somebody now!

The Oxford English Dictionary doesn’t just list new words that come about in the modern world in their annual expansions.  Updates can include phrases like “starter marriage,”  modern revisions of old words like “bittem,” and initialisms like the familiar ROFL that were all added this year.   Among more than 1000 new words and over 2000 fully revised or partially expanded entries listed in the OED 2016 Update is the term “Budgie Smugglers.”

I am assuming that being a swimmer or a swammer you can figure out what a budgie smuggler is, but just in case, it is a slang term for a tight-fitting brief style swim suit.  Ummm… yeah, sorry for the image that probably just produced in your mind.

That’s right– the Oxford English Dictionary didn’t just embrace the brief in 2016… they chose to include a term that is still unfamiliar enough in America that it can even make the competitive swimmers who wear them cringe.

Please for the love of all that’s holy DO NOT google image search “budgie smuggler.”

According to Business Insider, the term is dated to 1998 with it’s use in the Australian mockumentary TV series “The Games,” but it was apparently a well known description of our traditional practice suits long before that down under.  The Urban Dictionary has listed it since 2006, and there is even a custom swimsuit company in Australia named Budgy Smuggler whose website says “when it comes to smuggling your budgy there can be no compromise in quality.”  Admit it– you all wish they were your sponsor, right?

While it is nice to have a new swim term added to the dictionary, we may have reached a new level of awkward.  Maybe we should try to keep this on the down-low, because as soon as this makes the rounds in the junior high vocabulary classes it is gonna be a lot harder to recruit freshmen to try out for your high school swim team.

Sorry, I *really* had to google budgie smuggler