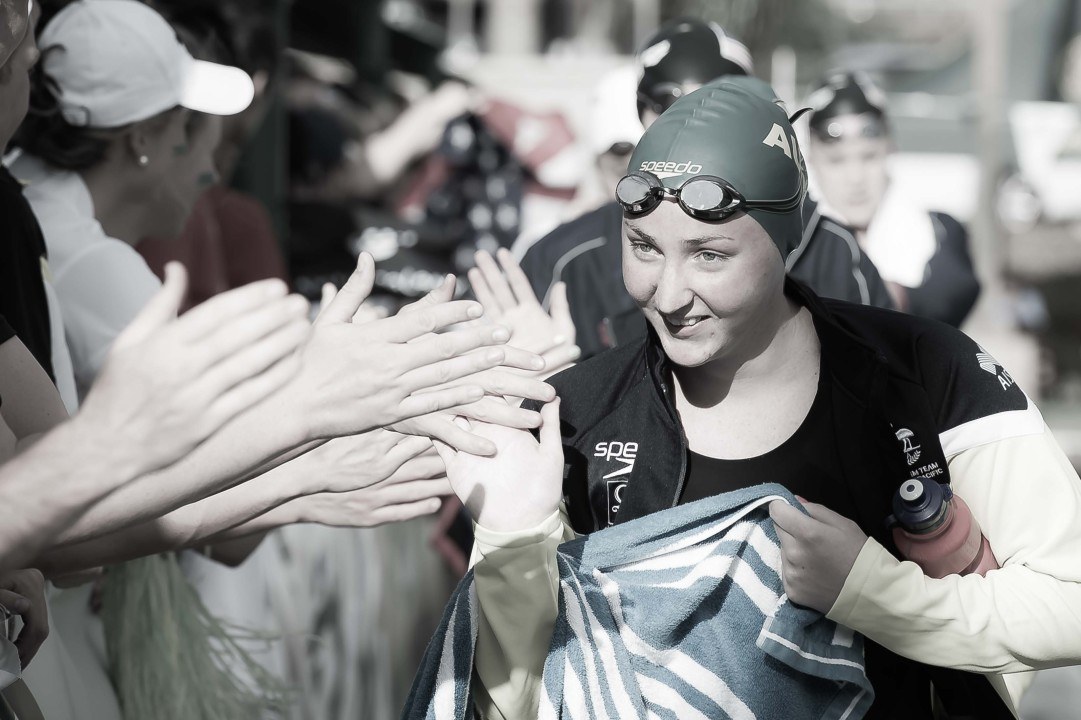 Olympic Trials finalist Lindsey Clary was able to pull away from her Ohio State teammate Meg Bailey in the final of the women’s 400 IM to pick up her second event title of the 2016 Columbus Sectional Championship meet in her home pool.

Bailey was only half-a-second back going into the freestyle lap of the 400 IM, but Clary was able to stretch that into a full second by the turn and ultimately won in 4:45.49 to Bailey’s 4:46.36.

The two, who will have one more season together on the Ohio State Varsity team, will make up the best 1-2 punch in this event in the Big Ten next season. In 2016, Clary was the conference champion, while Bailey wont the B-Final.

For the Australian Bailey, this was a new lifetime best by a second-and-a-half.