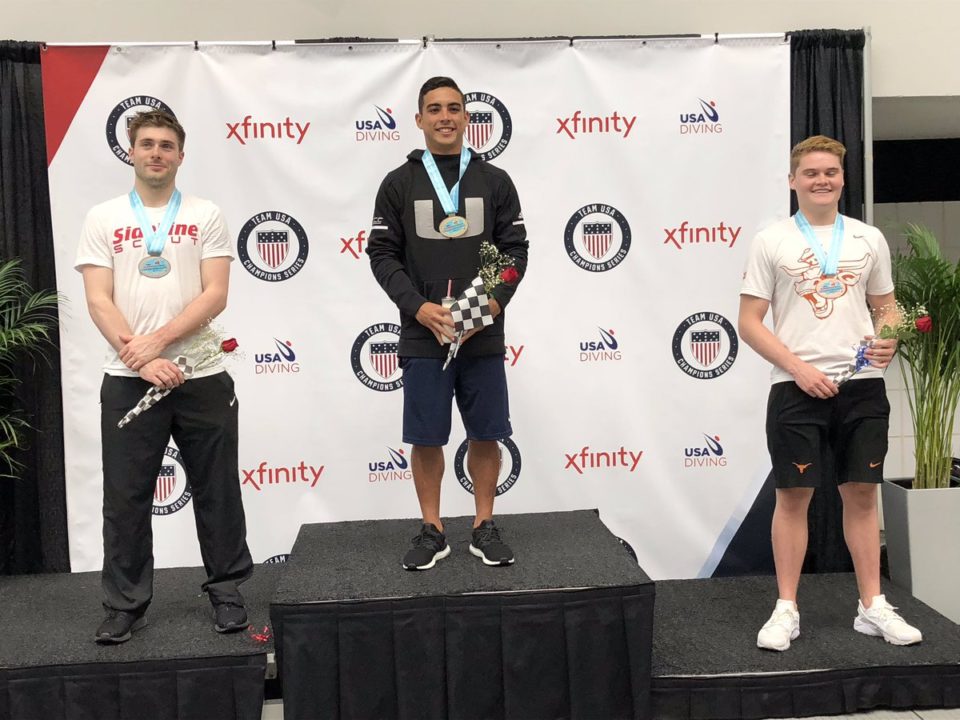 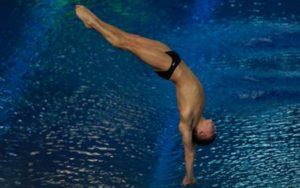 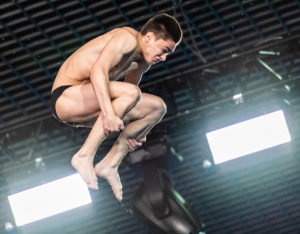 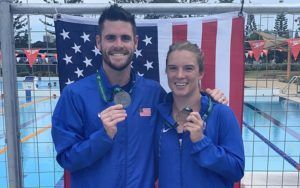 Bromberg and Herrera also earned the opportunity to represent the United States at the FINA Diving World Cup in Tokyo in April, as did 10-meter and 3-meter silver medalists Delaney Schnell (Tucson, Ariz.) and Michael Hixon (Amherst, Mass./Bloomington, Ind.).

Bromberg continued the consistency she showed in Thursday’s preliminaries and semifinals as she scored no lower than 66 points on any of her five dives in Saturday’s final. She scored 74.25 points on her armstand triple back somersault and closed out her list with 72 points on a back 2 ½ with 1 ½ twists.

“I was really proud of my consistency the entire week. I think I missed one dive maybe for 50 points or so, and that’s a big improvement,” Bromberg said.

Bromberg carried a 42.35-point lead into the final after solid performances in the preliminaries and semifinals earlier in the week.

“It’s a little bit of a safety net, but I still felt as nervous as can be. Whether it’s cumulative scoring or not, it’s all about getting your dives down to get a medal. You just try to do your best,” said Bromberg, who won her fourth individual 10-meter national title and ninth national title overall with Saturday’s gold medal.

Schnell secured her spot on the World Cup team with 86.40 points on her final dive, an inward 3 ½ tuck. She led Magaña by 6.5 points heading into the last round. Magaña scored 72 points on a back 2 ½ with a 1 ½ twists for her final dive, but it wasn’t enough to hold off Schnell, whose 86.40 points marked the highest score for any diver in the final.

Herrera secured his first individual 3-meter national title with 1352.75 points on three lists of dives, including 416.10 points on his list in Saturday’s final. Hixon came away with the silver medal with 1257.90 points, while Rafael Quintero (Rio Grande, Puerto Rico/Tucson, Ariz.) scored 1220.85 for the bronze medal.

Herrera entered Saturday’s final with a 94.05-point lead after his performance in Thursday’s preliminaries and semifinals. He scored 78 points or higher on three of six dives in the final, including a front 2 ½ with two twists that earned 79.90 points. He added 78.75 points on his reverse 3 ½ tuck and reverse 1 ½ with 3 ½ twists in the final.

Herrera credited his consistency throughout the three lists to helping him secure his first 3-meter national title and fifth overall.

“It’s very special. It’s my first time winning a national title on 3-meter, and it felt pretty good. I tried not to make a big deal about the scores and just tried to do my dives how I can. My consistency on my 3-meter dives is getting a lot better, and I’m pretty happy about that,” said Herrera, who had previously won four national titles on 1-meter.

Hixon capped off his silver medal performance with 96.90 points on his front 4 ½ tuck in the final round for the highest scoring dive of the day.

Casey scored 66 points or higher on five of his six dives in the final, highlighted by 75.20 points on his final dive, a front 2 ½ with one twist.

After failing to advance out of the 3-meter preliminaries on Thursday, Casey said winning a national title on 1-meter was a positive way to close out the week.

“I started pretty strong this morning. It was nice to come back after a not so great 3-meter event the other day. It was a little redemption for me, and very nice to win my first national title,” said Casey, who finished 26th on 3-meter.