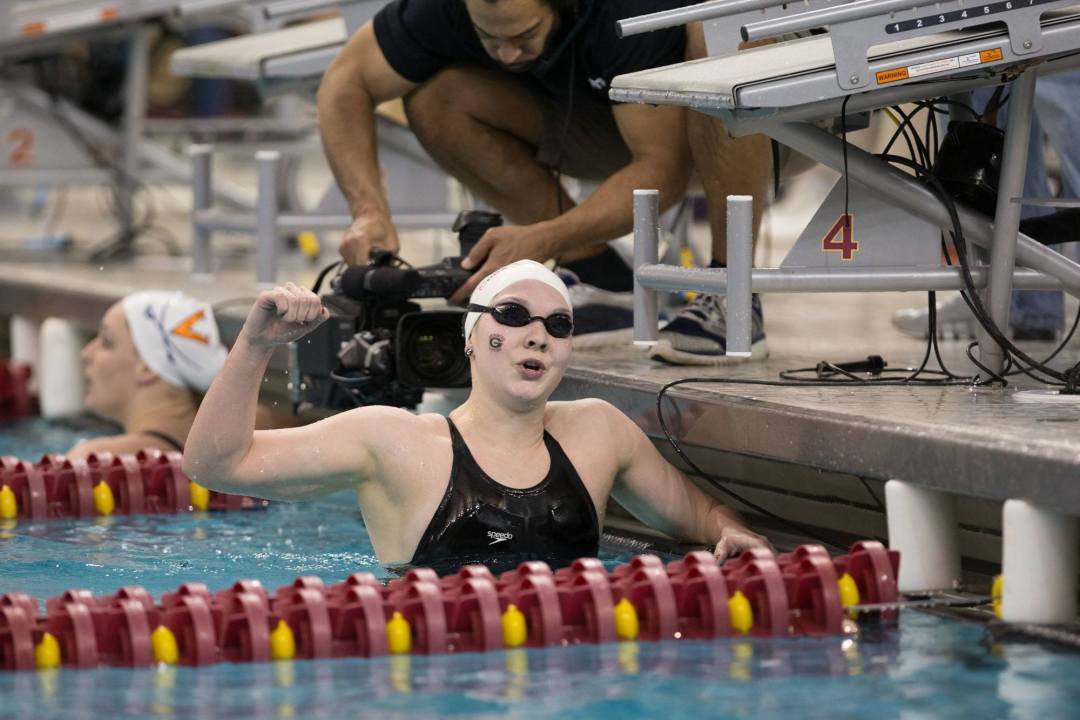 Brittany MacLean has been named the 2014 Canadian Female Swimmer of the Year. Archive photo via Tim Binning/TheSwimPictures.com

Brittany MacLean has been named the 2014 Canadian Female Swimmer of the Year, it was announced on Toronto’s “Breakfast Television” on Thursday morning.

When asked about her season, MacLean start with a conversation about her NCAA season at the University of Georgia – which is very telling of how good she was in yards. It’s an unfamiliar course to even Canadian swimming fans, and though probably wasn’t as big of an impact on Swimming Canada’s decision as her international success was.

MacLean was named the 2014 NCAA Division I Swimmer of the Year by the Collegiate Swim Coaches Association after winning both the 500 and 1650 frees, both of which came in new NCAA Records (and one of which beat runner-up Missy Franklin).

In long course, she followed her success with new Canadian Records in the 800 and 1500 meter freestyles at the Commonwealth Games, which resulted in two medals in Glasgow plus three more bronzes at the Pan Pac Championships.

MacLean currently represents the Etobicoke Swim Club, and she thanked both her coach Kevin Thorburn there, as well as her coach at Georgia Harvey Humphries.

Vote Up10Vote Down Reply
for33

Ms. MacLean was really good as the first leg in the 4x200m freestyle relay at the Pan Pacs last summer. She was first, very close to 1:57, ahead of Bronte Barrat and (maybe) Missy Franklin. And of course, she was very solid in the long distance swims.