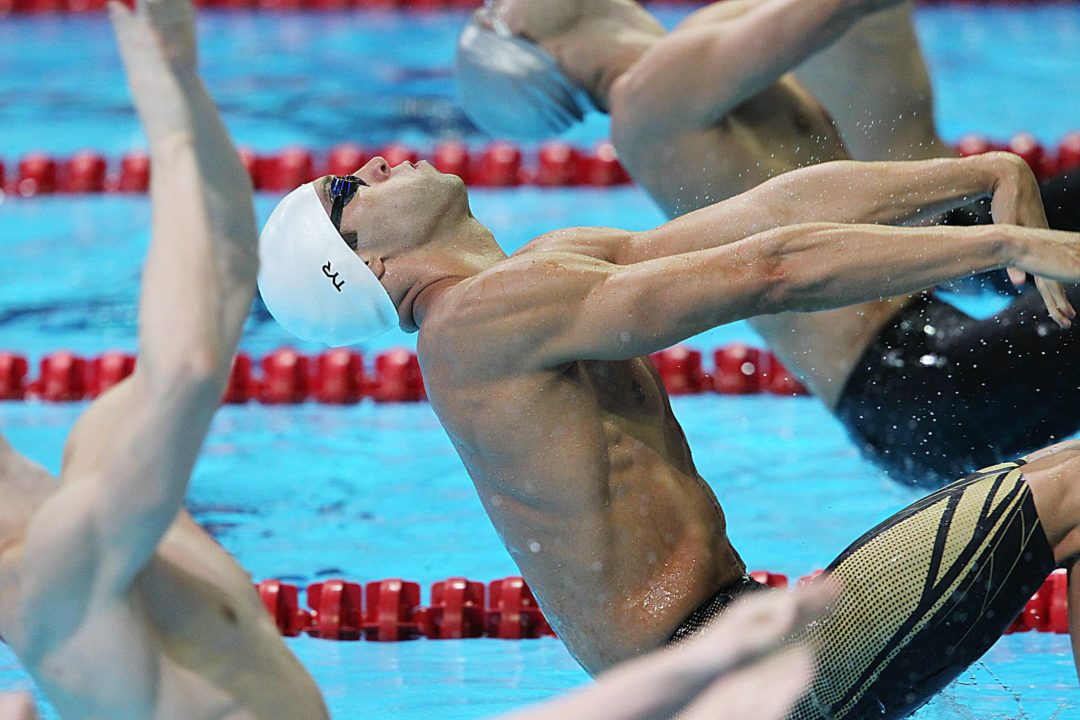 In an update to a previous story, and what I believe is a SwimSwam exclusive, Matt Grevers will be swimming the 100...

In an update to a previous story, and what I believe is a SwimSwam exclusive, Matt Grevers will be swimming the 100 free final on Saturday.

Now, just to clarify, he did tell the world that he was scratching the race. But he told us that after discussion with his coaches, he has decided to go for it, and will swim the 100 free afterall. He will also swim the 200 backstroke prelims on Friday, and wait for the result of that race to decide whether or not to swim that semi-final.

The 100 free final comes after the 200 back semi-final, and it sounds like he’s wanting to make sure he adds a second individual swim in either race.

This means that Dave Walters won’t be swimming in the final. Ryan Lochte is still scratching (as far as we know) and so Jason Lezak gets a chance.

my God, crazy all around.

We need a very fast Grevers for the relay ! that’s for sure ! come on Matt , take the spot