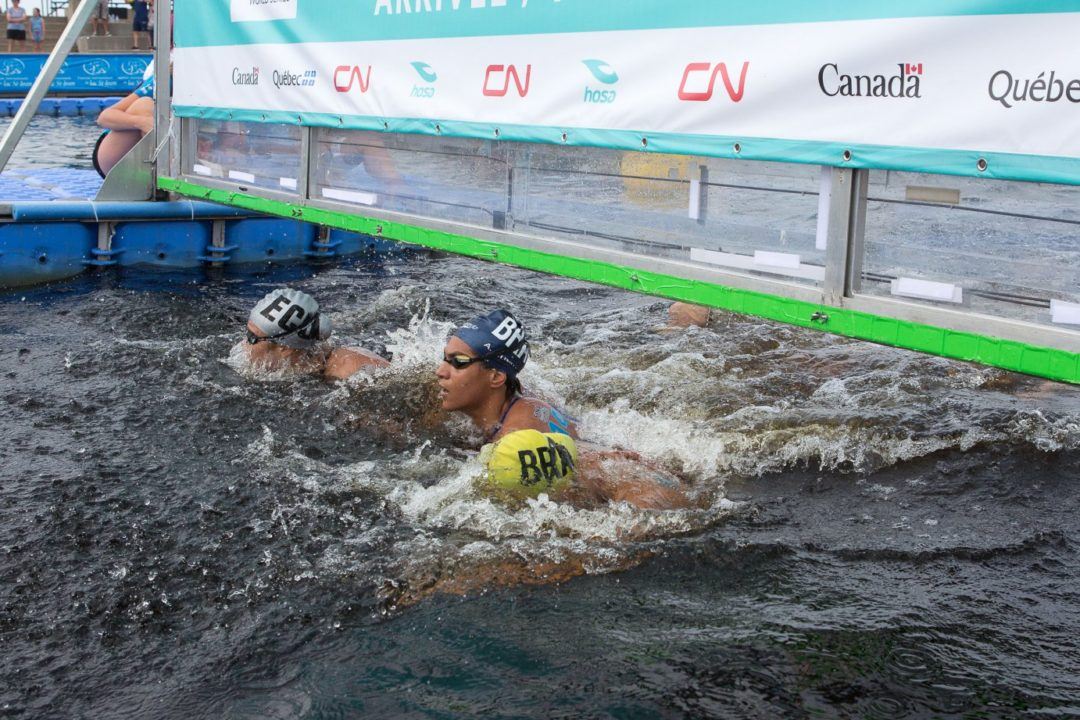 Although Brazil was on top form yesterday (Thursday July 26) in Lac St Jean (CAN) for the fifth leg of the FINA/HOSA Marathon Swim World Series 2018, Marcel Schouten of the Netherlands won the men’s 10km race in 1h56m10s20 in a sprint finish.

Schouten beat Fernando Ponte of Brazil by one second (1h56m11s50) as the South American team grabbed the silver and bronze medals available in the same race as well as the women’s gold and silver medals. Olympian and open water veteran Diogo Villarinho bagged the men’s bronze in 1h56m11s80.

The FINA/HOSA Marathon Swim World Series stays in Canada for the sixth of eight meet as the next race will be held in Lac Megantic on August 11 to then move to Asia for the final two stages.

You can read a detailed report about yesterday’s races on the FINA website.