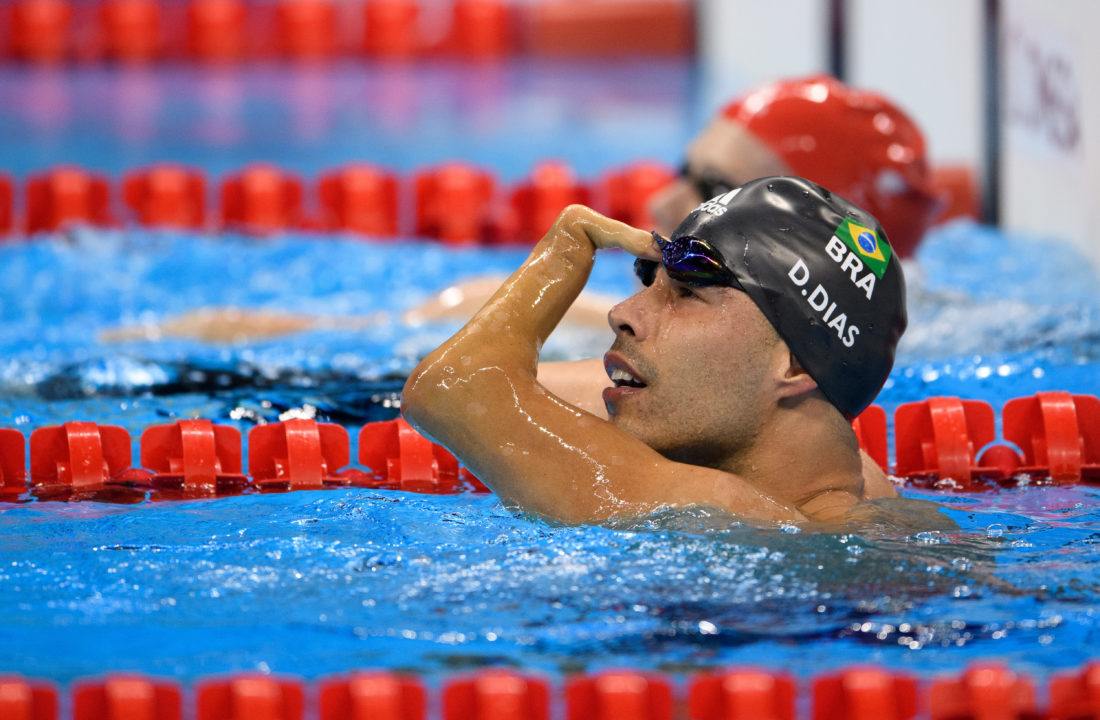 Brazil had two top-three finishers in six events on the final night of competition, which also saw the count of meet records broken this week reach nearly 70. Archive photo via Bob Martin for OIS

Brazil notched two podium finishers in six events on the final night of the 2019 Parapan American Games, solidifying itself atop the final medal table. Nearly 70 meet records went down, in all, over the course of the meet.

The nation’s first two-medal podium of Friday night came in the second event, the women’s SM5 200 IM. Esthefany de Oliviera shattered the old meet record by 15 seconds, winning in 3:54.66. Joana Jaciara da Silva was second in 3:57.77, early a minute ahead of the next-fastest finisher.