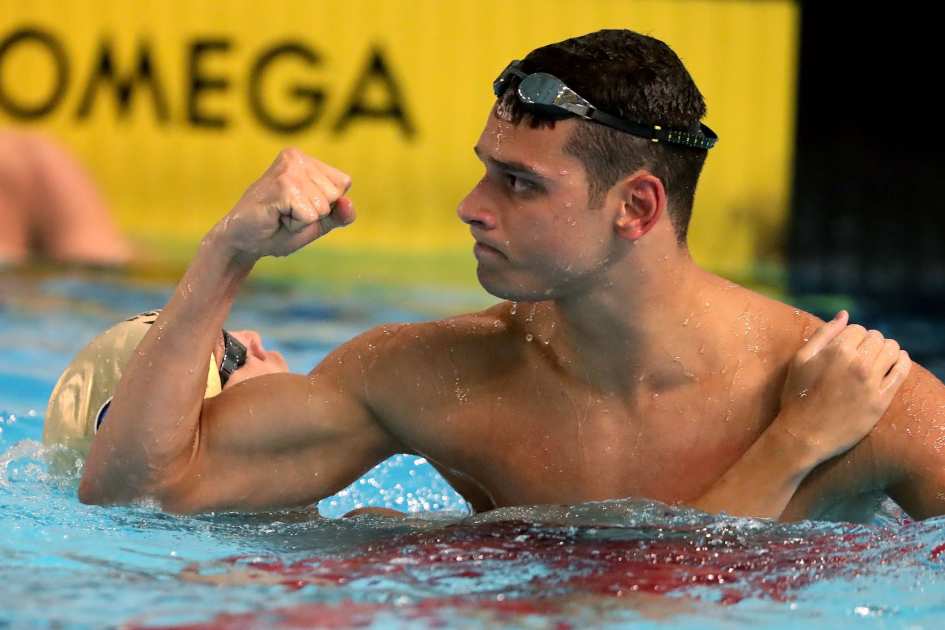 Brazil has put forward one of the more difficult selection criteria we've ever seen for an international roster. Current photo via Satiro Sodré/SSPress

The second day of the Jose Finkel Trophy in Recife, BRA saw the first qualifiers for Brazil’s 2022 SC World Championships team. This meet is serving as Brazil’s only selection meet for SC Worlds, which is set to take place in Melbourne, AUS in December.

Brazil has put forward one of the more difficult selection criteria we’ve ever seen for an international roster. Typically, Brazil will have automatic qualifiers for major meets, based on the results from the previous season. This year, however, there is only one way to earn a spot on the roster: by achieving the qualifying standard at the Jose Finkel Trophy. The qualifying standards the CBDA settled on are the times it took to finish 5th at the 2021 SC World Champs from last December. That puts the standards in quite a lofty spot, as swimmers will have to be just shy of fast enough to medal at last year’s Worlds just to qualify for the meet.

The tough standards seem to be by design, as the CBDA noted in its announcement of the standards that they didn’t have any funds set aside for the 2022 SC World Championships, which were added to the FINA calendar late after initially not being on the calendar. CBDA noted that as soon as FINA announced there would be an SC Worlds at the end of this year, they began trying to raise the funds to send a team, but that they’ve struggled in finding the money to do so. Given that, it appears CBDA’s plan is to send a small group of athletes to SC Worlds, all of whom are fast enough to medal in their events.

There were no qualifiers on the first day of the meet, but tonight, we had two clock qualifying times, both in the same event. The men’s 200 IM saw a great race between Leonardo Santos and Caio Pumputis, with Santos winning in 1:52.88 and Pumputis finishing second in 1:53.38. Both times come in under the qualifying standard of 1:53.41, meaning Brazil will have two swimmers in the men’s 200 IM at the SC World Champs in December.

The quickness of these qualifying standards has been made evident in a number of events so far. There have been a trio of Brazilian Records broken in individual events so far at this meet, and none of those swims were fast enough to qualify for the SC Worlds roster. Maria Heitmann cracked the South American Record in the women’s 400 free final last night with a 4:03.45, but was still well off the 3:59.58 it would have taken to qualify for the team. Guilherme Costa broke the South American Record as well in the 1500 free tonight, though his 14:39.42 was 15 seconds off the qualifying standard set by the CBDA. Additionally, Alexia Assuncao broke the Brazilian Record in the women’s 200 back tonight by over a second, swimming a 2:07.30, but was 4.1 seconds off the qualifying standard.

It’s noteworthy that CBDA didn’t specify whether or not swimmers who qualify individually for the SC World Champs roster will be limited to competing only in the events which they qualified for, or if they’ll be permitted to race in additional events.

I think they will add more people.. if we took fastest Opening + 3 fastest splits from yesterday 4×200 relay would already add up to 6:51 and not all the potential 200m freestyler swam the relays.

Wow, a country actually having a qualifying meet for SC Worlds. I’m sure that took a lot of thought to come up with.