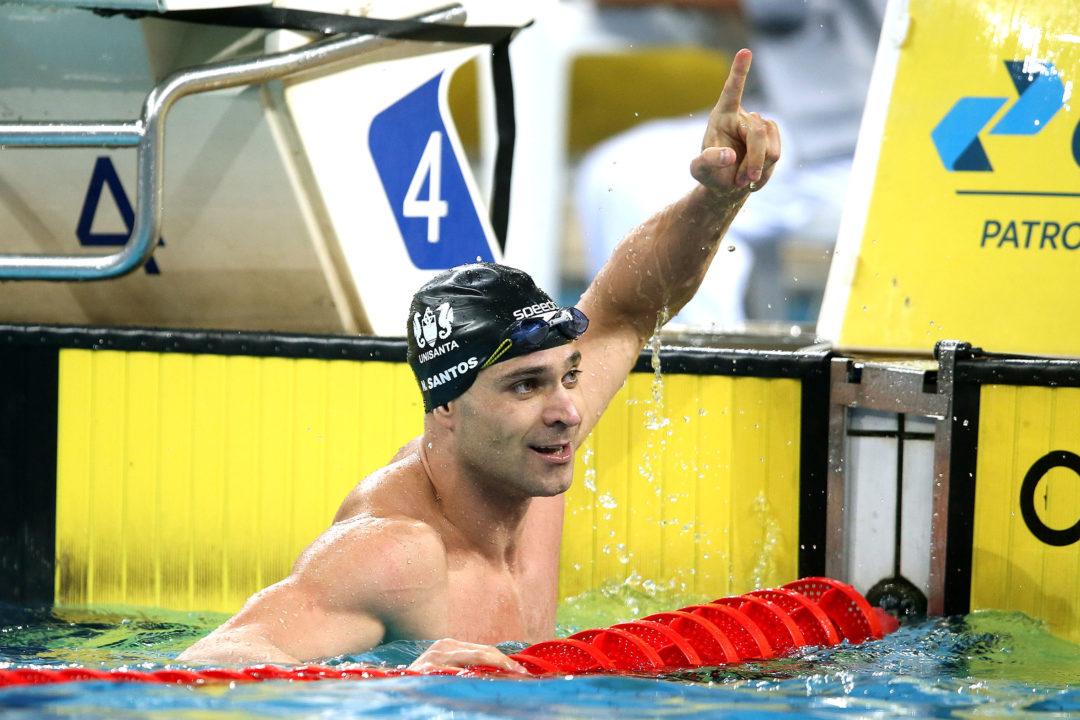 Headlining this crew is 42-year-old Nicholas Santos, who is set to retire after SC Worlds. Stock photo via Satiro Sodré/SSPress/CBDA

Brazil has revealed its roster for the 2022 SC World Championships, which are set to take place in Melbourne, AUS in December. CBDA’s selection for SC Worlds was based entirely around performances at the Jose Finkel Trophy, which took place earlier this month. They made the qualifying criteria incredibly difficult, putting the standards at the times which it took to finish fifth at the 2021 SC World Champs.

This was in part due to a lack of funding by the CBDA for the event. FINA put the 2022 SC World Championships late, so CBDA had finalized their budget for 2022 prior to FINA announcing the meet would be taking place in December. Once the meet was announced, the national governing body had to try securing funding to send a team to Melbourne, which has proven difficult. It appears the lofty qualifying standards are a way for Brazil to send a smaller team, all of whom stand an excellent chance at winning a medal, to the championships.

There’s one other note before we reveal the roster. Fernando Scheffer, the bronze medalist in the LCM 200 free at the Tokyo 2020 Olympics last summer, qualified for the SC World Champs team, but declined his roster spot, choosing instead to focus on competitions next year. Scheffer says in part “There comes a time when we need to make choices and understand which goal is most important and deserves priority.”

Without further ado, here is Brazil’s roster for the 2022 SC World Championships:

Notably, there were no women who qualified individually for the roster, though there were a few women’s South American Records broken at Jose Finkel.

Headlining this crew is 42-year-old Nicholas Santos, who is set to retire after SC Worlds. Santos won gold in the men’s 50 fly at the 2021 SC World Champs last December, becoming the oldest swimmer to win a world title by a huge margin.

I just wish Ledecky would swim 1 world short course championships in her career in peak form. No only the 400 and 800 WR would fall (the 400 she was so close in the ISL), but in the 1500 I really think she could do a sub-15 min swim…I wanna see that, and time is running out for that to happen

I don’t think it will happen. She doesn’t care about SCM, clearly.

Is GB sending a team to SC Worlds?

Adam attempting to win the only thing he hasn’t won yet (SC world title), can’t wait.