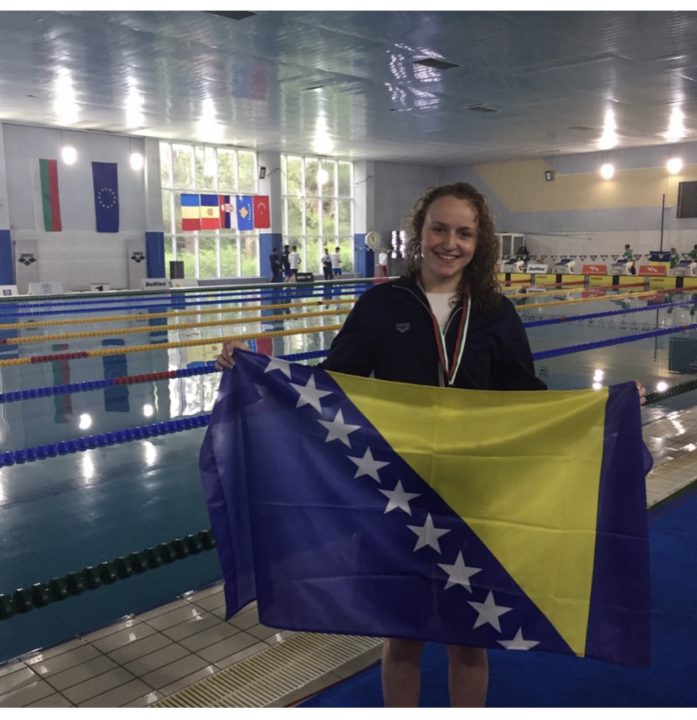 Nejla Karic (above) is one of 3 student-athletes that signed with Toledo women's swimming & diving on Wednesday's National Signing Day.

Karic is the biggest get of the group and is a middle distance-to-distance freestyler. She holds 4 National Records in her native B&H individually and is a member of 5 National Record holding relays.

Karic holds National Records in the 800 and 1500 freestyles in both long course and short course.

Syndey Conrad of the Guelph Marlins in Guelph, Ontario finished 4th in the 100 fly at the Speedo Western Canada Championships.

After a 7th-place finish at last year’s MAC Championships (out of 8 teams), butterfliers will be crucial to the team’s future if they want to move up the rankings and compete with Akron, which has the best mid-major butterfly group in the country, including a couple of NCAA Championship qualifiers.