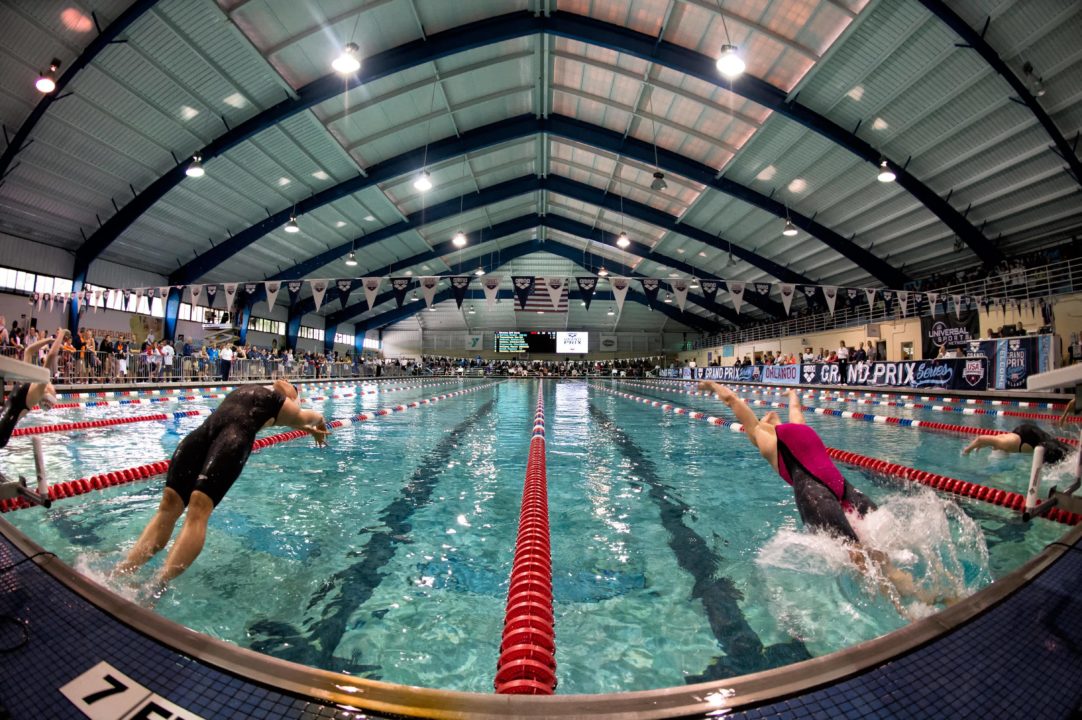 The 50 yard freestyle was a close race between ASU and Oregon State. Alysha Bush from ASU came in first (23.38), putting her only .39 seconds off of the NCAA Division ‘B’ cut, while Sophie MacEwan from Oregon State came in second with the time of 24.28, barely grabbing the spot from Ingibjorg Jonsdottir, who came in third (24.30).

Arizona State snags first, second, and third in the 100 yard freestyle with Alysha Bush (50.82), finishing another race close to the NCAA ‘B’ cut, being only .83 seconds off the time. Finishing second was Krista Kolkebeck (52.83), followed by Raquel Grays (52.93).

Sammy Harrison from Oregon State and Anna Olasz from ASU battled it out in the water during the 500 yard freestyle, making it a very close race. Harrison though came out the victor in this event with the time of 5:01.67, barely out-touching Olasz (5:01.82). Not only was it a close race, but Harrison was only 3.12 seconds off of the NCAA ‘B’ cut, with Olasz following closely behind, showing a great start to both of their seasons. Jamie Friderichs from ASU, followed closely behind her team mate, coming in third with the time of 5:04.01.

The final event of the meet was the 400 yard freestyle relay. Oregon State was the winner of this event, coming in not only first, but also second and third. The ‘B’ relay featuring Sammy Harrison, Constance Toulemonde, Tair Maimon, and Brooke Meyer came in first (3:38.86), the ‘A’ relay featuring Amani Amr Alyssa Bennett, Sophie MacEwan, and Noemie Midrez came in second (3:41.95), and the ‘C’ relay featuring Claire McLaggan, Corrine Shigeta, Jesikah Cavanaugh, and Kaitlyn Stroda came in third (3:47.62).