Blueseventy Swim of the Week: Spitz Upping Recruit Standing With 1:45 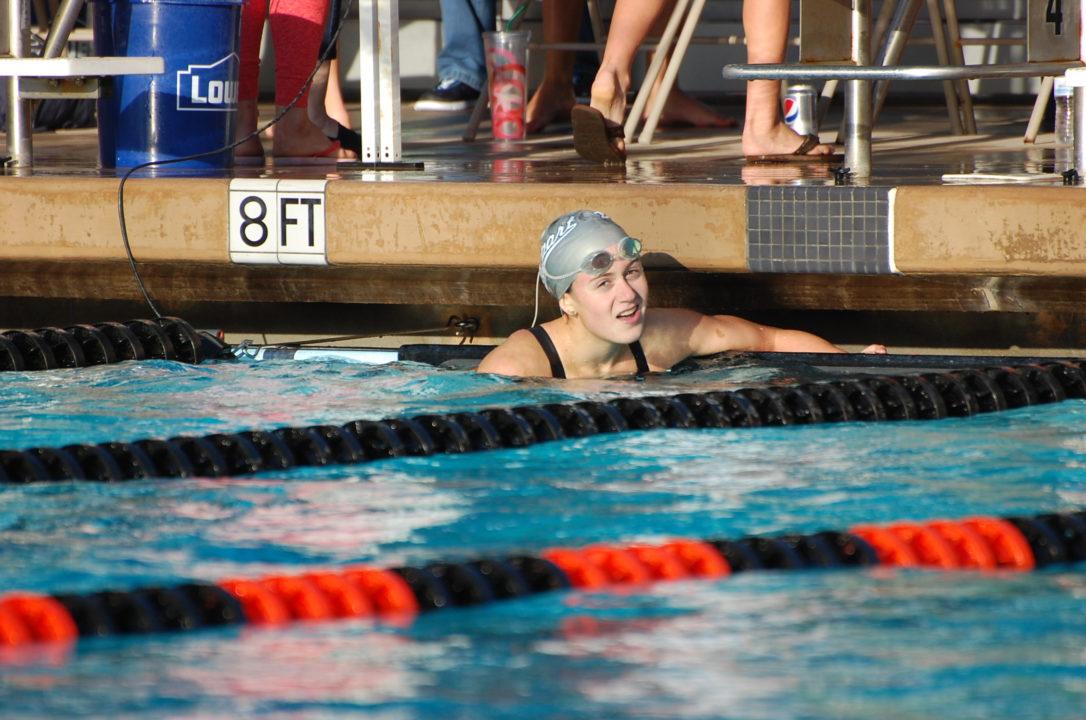 It was just 11 days ago that we released our annual NCAA recruiting class rankings for the current crop of juniors. We ranked Newport Harbor's Ayla Spitz 20th. 11 days later, she made that rank irrelevant. Archive photo via Anne Lepesant

It was just 11 days ago that we released our annual NCAA recruiting class rankings for the current crop of juniors. We ranked Newport Harbor’s Ayla Spitz 20th.

11 days later, she made that rank irrelevant.

To be fair, modern trends in college recruiting are putting recruit rankings in a no-win situation. Our old policy was to rank recruits on July 1 after their junior year – when recruiting season officially opened. But with more and more swimmers not only starting, but finishing the recruiting process early with verbal commitments in the spring of junior years and even during sophomore years in some cases, we were forced to adjust, moving up our ranks to late April.

The downside is that some swimmers don’t wrap up their high school seasons until May, and can use those high school postseason meets to drastically alter their lifetime-bests.

That’s what Spitz did.

If Spitz is continuing her high school season into California’s section and state meets, she could lower those times further, or swap events and look to better her solid IM and backstroke times. Either way, Spitz is on the rise at just the right time to climb up the recruiting lists of NCAA coaches.

Plus, most swimmers aren’t fully tapered for their League meet…

good for her but joe schooling just announced he went 1:44 at practice

And it felt monotonous.

It’s an older meme, but it checks out

She is doing the 500 free this week instead of the 100 but likely still doing a leadoff 100 in the relay.

Newport typically swims her 2nd leg, doubt she will lead off.