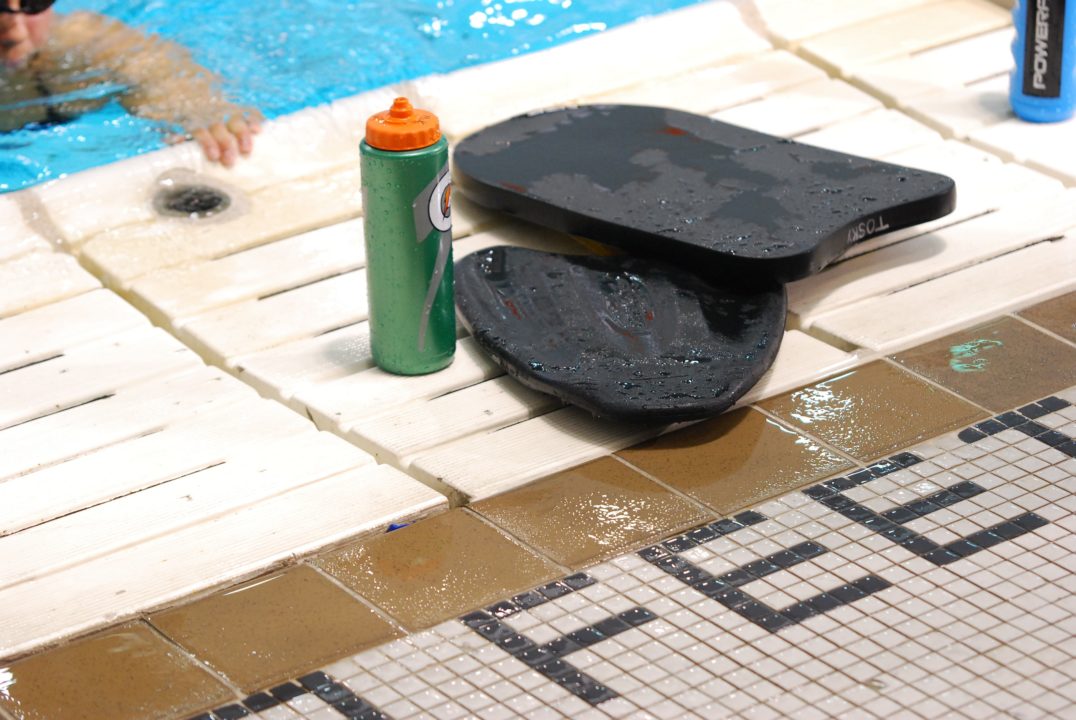 They graduated some good swimmers after last year, like every high school team does, but overall were the youngest of the top three teams at that meet (they didn’t lose anyone from their 3rd-place 200 medley relay).

So where’s the payoff? This year’s Birmingham Seaholm team, with another year of training and experience under their belts, won four of the meet’s 12 events, including all three relays, to dominate the state championship: their first state title since 2011, and just their second since they were one of the state’s dominant teams in the 1960’s.

Though Holland’s team finish wasn’t as high as we’ve seen from them in past years, they still had some bright spots. Senior Thomas Rathbun won the meet’s first individual event in 1:38.74, followed by Battle Creek – Lakeview’s John Vann (1:39.68) and Jenison’s Joshua Bouma (1:41.36).

There was a very tight finish from the 3-6 spots, where those four guys were separated by less than six-tenths of a second.

Rathbun then came back in his second individual event and ran away with the title in 4:28.74; Ann Arbor-Skyline sophomore Ryan vander Meulen was 2nd in 4:37.68 and Waverly-Lansing Catholic’s Ben Rentz took 3rd in 4:37.79.

For Rathbun, that means that he successfully defended both titles. He’s the first guy to do that since the 2002 and 2003 meets in Division II, with names like Morgan Priestley and Clay Youngquist both unable to pull off the feat.

Birmingham Seaholm got their second win of the meet with a Jack Russell 1:52.10 in the 200 IM. Dexter sophomore Robbie Zofchak gave him all he could handle. Zofchak had a fantastic 25.96 freestyle leg, but just ran out of room in taking 2nd in 1:52.28. In prelims, Rofchak swam his IM in a similar fashion (though not quite as fast) and at the time that left him with the top seed.

The top four swimmers in that race are all underclassmen, as are 12 out of the top 13, so this should be a great race at next year’s State Championship meet as well. Grosse Pointe South’s Jacob Montague took 3rd in 1:53.75, and another Seaholm junior, Evan Burke, was 4th in 1:54.37.

At the opposite end of the ‘youth spectrum, While Lake – Lakeland’s Will Walker led a final with seven seniors and one junior (13 total seniors among the scorers) in the 50 free, winning in 20.83. North Farmington’s Nick Leshok was 2nd in 20.93, and Seaholm’s Nathan Aderson took 3rd in 21.07.

Coming out of the diving break, Walker had another good swim in the 100 fly with a 50.11, but this time it was Lakeview’s John Vann who got the win in 49.23, with Walker taking 2nd in 50.11. Grand Ledge’s Xinghao Wang was 3rd in 50.60, and Jenison’s Jason Wesseling took 4th in 50.88. Vann won that race on the front-half, as he was the only swimmer out in under 23 seconds or even close to under 23 seconds, and that gives the junior a second-straight title in the event.

Patrick Jackson of Grosse Pointe South took 5th; he was the 2012 champion in the event.

In a tie for 2nd was Dow sophomore Monk and Seaholm’s Anderson in matching 46.47’s. Seaholm again racked up huge points in this race with four swimmers in the A-final.

As the meet rolled into the home stretch, Jason Wesseling won the 100 back in 50.05 by over a second ahead of Dexter’s Zofchak.

Grand Ledge’s Xinghao Wang just missed the Division 2 Record in the boys’ 100 breaststroke, swimming a 55.77 for the win. But more than just the record, Wang was focused on Birmingham – Groves’ Clark Lindsay who was swimming right next to him. Lindsay turned just barely ahead of Wang, but Wang came back on the second 50 for the win.

With the meet officially in ‘runaway’ territory, the Seaholm boys tacked on their biggest win of the day in the 400 free relay to end the meet. The team of Anderson, Shaben, Ross and Hernandez combined for a 3:05.13, including a 45.94 Anderson lead-off, swam to a 3:05.13 win in the day’s last event. That broke the old Division II Record set by rivals Birmingham Groves in 2011 by exactly half-a-second.

Full meet results, in a PDF, are available here.

Proud to be an alumni of this team. Let’s goooooooo Maples

All 3 MHSAA state meet results can be found at: http://www.miscaonline.net

TEXAS84, my identity has been known for the better part of 7 years, but thanks for the shout out.

Psyched for the guys, it’s all about them and Tom Wyllie.