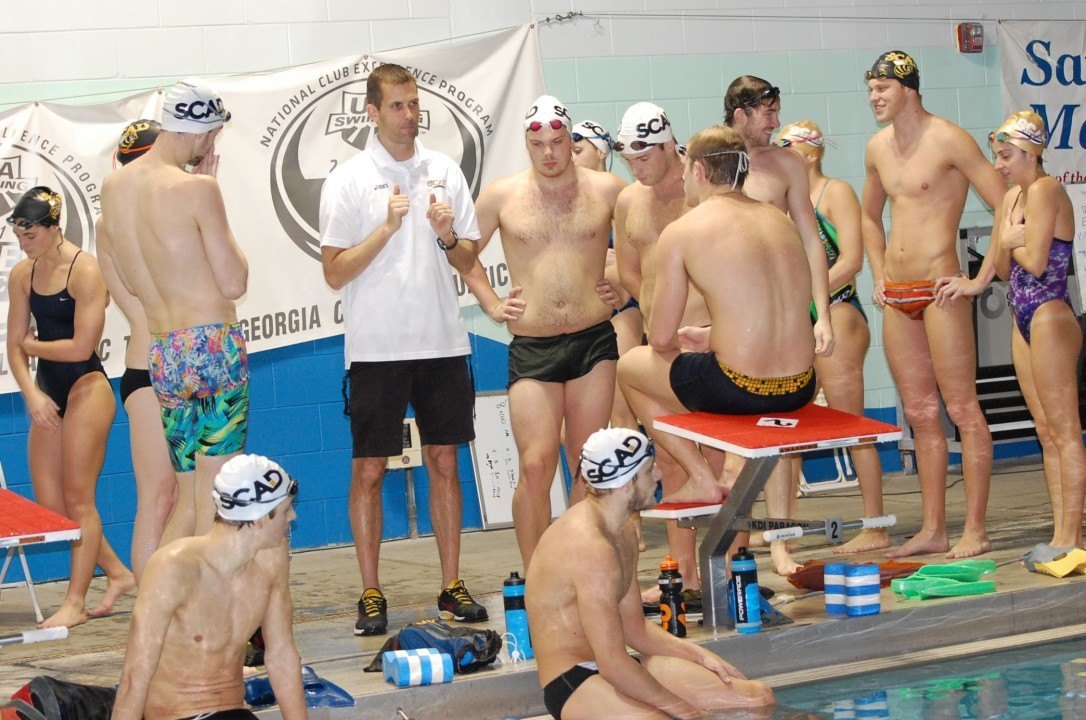 Former All-American and World Champion Bill Pilczuk has been named head coach of men’s and women’s swimming at SCAD Savannah, taking over for Chris Conlon who resigned in July to become the Director of Athletics at St. Anne’s School of Annapolis. Thomas Chasanoff, Savannah College of Art and Design’s sports information director, confirmed Pilczuk’s nomination with SwimSwam.

Pilczuk has been SCAD’s assistant coach for the last two years, during which time he helped lead both the men’s and women’s team to top five finishes at the NAIA National Championships. The men’s team finished third in both 2014 and 2015, while the women’s team earned back-to-back NAIA National Runner-Up Awards. Pilczuk was recognized as SCAD’s Assistant Coach of the Year for 2013-14.

“I’m excited about the opportunity to lead the Bees in our quest to win the third national title for the women and first for the men this season,” said Pilczuk.

Prior to joining the Bees, Pilczuk was as a consultant, working with individuals swimmers, club teams, camps, clinics and coaching, including several 2012 Olympic team members.

You can read more about Pilczuk in Olivier Poirier-Leroy’s article, “The Day Bill Pilczuk Shook the Swimming World in Perth.”

I read that Bill left Cardiff to join the Savannah PoliceForce . If so , he should put on his best LEO voice & give a warning about those swim shorts .

Bill was never in Cardiff, he was based in Swansea and left to return to his family who were still living in the states. Congrats Bill! Swansea Patriots forever

He was at the hoped for sprint HPC in Wales wherever. Of course his family stayed in the states & of course an American would return to the states . Why did you bother posting that ?

But you have not negated the Savagnnah PD info which was interesting enough that I remembered it . So he is still in Savannah , so it must have legs .

Now back to those baggy depressing swim things . Colleges of art & design ought have higher standards .