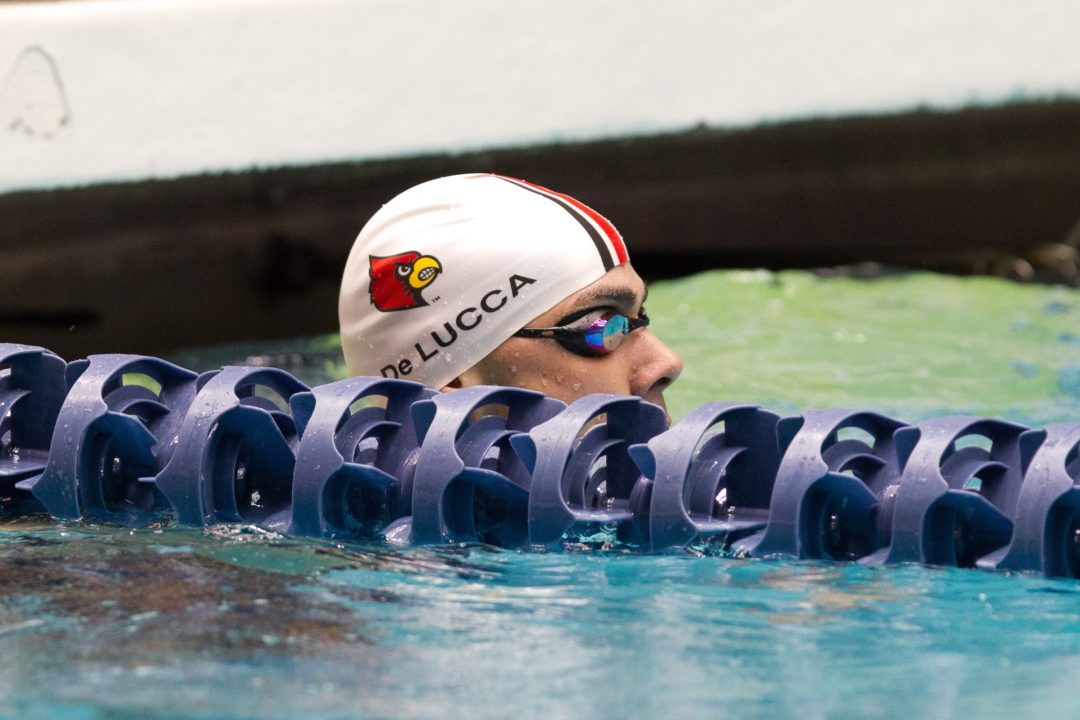 In the first event of this year’s Big East Championships Kelsi Worrell of Louisville started fast swimming the first 100 in a time of 49.90, almost two seconds ahead of Notre Dame’s Emma Reaney/ That lead was short lived with Reaney overtaking Worrell in the last 50 yards to give Notre Dame a slight lead.

The second ;eg looked much the same with Breanna McDowell of Louisville taking the first 100 out fast only to be caught by Notre Dame’s Kelly Ryan who gave Notre Dame a 1.46 second lead heading into the final half of the relay.

After that Notre Dame opened up a significant lead with Louisville and a Villanova trailing.

Villanova took over second place heading into the final 200 yards, which is where they finished with Louisville finishing third. Villanova has a very good distance group, so even though there may not have been a lot of eyes on them coming into this race, this tangle with the top dogs of the conference wasn’t really a big surprise.

This was a two team race from start to finish. Notre Dame’s Frank Dyer (1:34.27) touched ahead of Louisville’s Alex Burtch after the first 200, but with Louisville’s junior star Joao De Lucca swimming a 1:33.06 in the second 200 that was the last time Cardinals didn’t lead the event.

Notre Dame stayed within reach for the rest of the race, but did not have enough to catch the Louisville team of Alex Burtch, Joao De Lucca, Albert Llyod and Samuel Hoekstra who broke the Big East record finishing in a time of 6:22.33. The previous record was set last year by a Louisville team that included Burtch, De Lucca, Lloyd and Michael Pryor.

The Notre Dame women finished off the evening by sweeping the night’s relay events.

For the first half of the relay it was a tight race between Notre Dame, Louisville and Pitt. Louisville’s Kristina Brandenburg took a slight lead in the backstroke after which Notre Dame’s Emma Reaney took the lead after the breaststroke. Louisville stayed close for the rest of the race, but could not overtake the Irish who won in a time of 1:38.74.

After watching the women take the final event of the evening the Notre Dame men decided to follow suit.

Just as it was in women’s race the first half of the men’s relay was a tight race between Notre Dame, Louisville and Pitt heading into the butterfly Notre Dame took the lead and held on to win in a time of 1:26.33.

After Louisville was disqualified Pitt finished second in a time of 1:27.34 while the University of Connecticut finished third posting a time of 1:29.98.

Putting up the ladies relay as a headline and the photo it of De Lucca??

Dyer also split 20 in the fly on the 200 medley! Not bad for a middle distance freestylers.

pretty sure de lucca is 45. he was balding