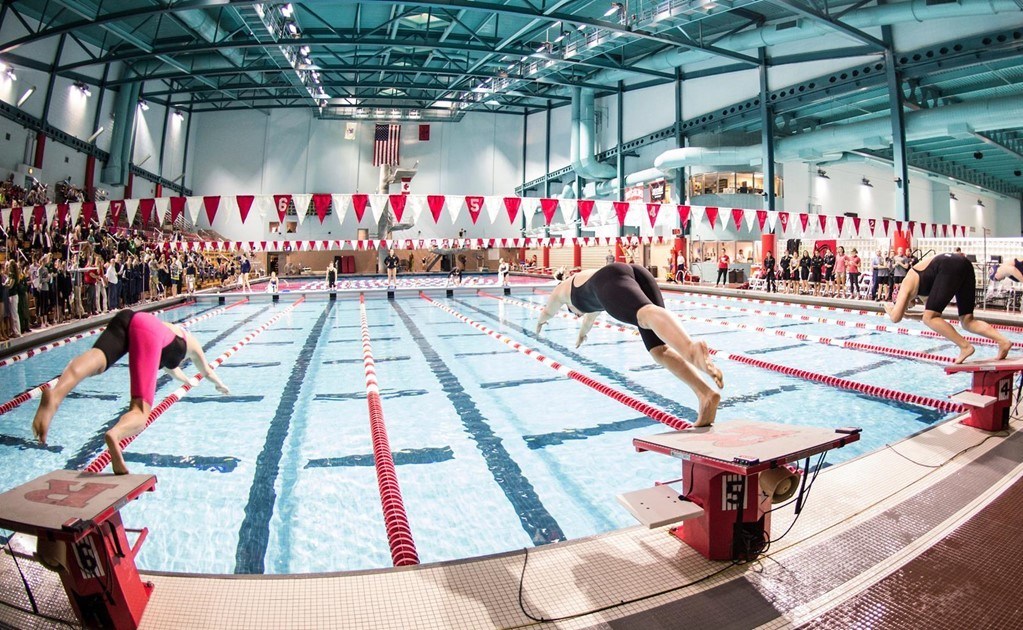 In the end, the Spartans could have secured the win if not for their winning A 200 medley relay getting DQ'd in the first event of the meet, instead handing the event victory to Rutgers. Stock photo via Rutgers Swimming

Michigan State fell to Rutgers by 2 points in a Big Ten matchup on Friday, October 26th. In the end, the Spartans could have secured the win if not for their winning A 200 medley relay getting DQ’d in the first event of the meet, instead handing the event victory to Rutgers. Rutgers’ Francesca Bertotto dominated the distance freestyle events. She kicked off her meet with a 30 second victory in the 1000, posting a 10:04.76. Bertotto then went on to take the 500 with a 4:59.74, nearly 10 seconds ahead of teammate Alex Fabugais-Inaba (5:09.32). Fabugais-Inaba won the 200 free by 2.4 seconds with a 1:52.80.

Michigan State pulled off a 1-2 victory in the 200 free, with their B relay out-touching their A for the win. Allie Heineman, Kennedy Truex, Taylor Arnold, and Courtney Aycock all split 24s on the B relay to combine for a 1:36.77 final time.

EAST LANSING, Mich. – In the first ever match-up between Michigan State and Rutgers, the Scarlet Knights defeated the Spartans by just two points, 151-149.

“The good thing is that we really improved, and I thought our girls really raced hard. It was nice because some of our younger kids broke out a little bit too, Abbey Neveling and our breaststrokes really carried the day,” head coach Matt Gianiodis.

Coming back off of the break, the Spartans Olivia Chick took first place in the 100 free with a time of 52.85 and right behind her in second place was Allie Heineman with a time of 53.00.

For the second time during the meet Roche, Sortland and Szara find themselves in the top three slots in the 200 breaststroke. Roche places first with 2:21.50, Sortland was second with 2:22.57, and Szara third with 2:25.21.

After a lagging start, Neveling pulled ahead of the Scarlet Knights in the 200 IM and finished with a first-place time of 2:06.83.

“They’ve got a good team, but even the kids that weren’t winning I thought did really well. Our girls in the 1000, they came along off the first meet, so it was good,” Gianiodis said.

“Rutgers usually has good, solid divers so I’m pretty happy with how we did. Between the two boards we outscored them even though they got us by a point on the 1-meter. Amanda hitting 300 for the first time in her career was pretty exciting too,” diving coach Eric Best said.

Next Saturday, Nov. 3, the men and women will host Division III powerhouse Kenyon College at the McCaffree Pool at 12 p.m.

UP NEXT
Rutgers returns to competition in Rochester, MI tomorrow against the Oakland Golden Grizzlies and the Toledo Rockets.