Berens Swims Lifetime Best in 100 Free Before Dashing to Vegas 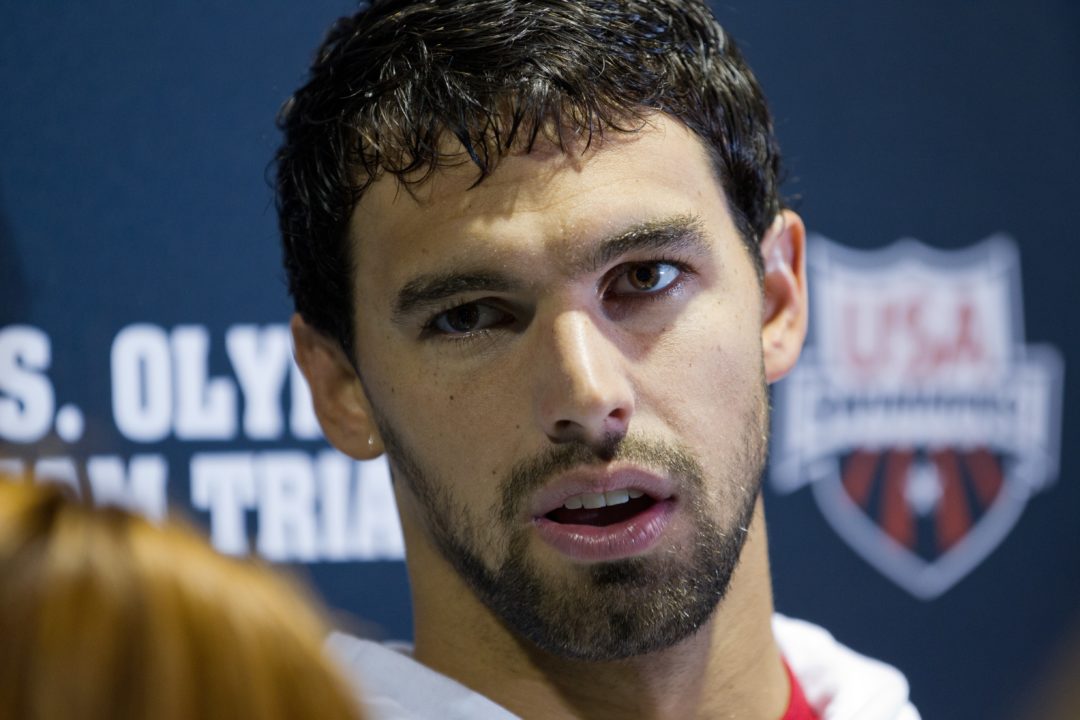 Ricky Berens was swimming for a 200 split on his 500 freestyle on Thursday at the American Short Course Championships;...

Berens’ hokey schedule was the result of scheduling problems as he flies out this afternoon to Las Vegas for the bachelor party of fellow Olympic Champion Matt Grevers. He made sure to get some quality yards racing in before leaving though (not an opportunity many elite swimmers get).

Berens ended up splitting a lifetime best of 41.90 in the 100 freestyle on Friday, which is the fastest time of his career by four-tenths of a second. That’s well off of Nathan Adrian’s American Record of 41.08, though surely Berens will be satisfied with that time in March.

On Thursday, he broke the American Record in the 200 free. Read about that swim, and watch the video, here.

The true purpose of this meet is as a last-chance collegiate event, though it is sanctioned to have both NCAA and club swimmers can participate. On the front of trying to achieve NCAA qualifying times, through three sessions at least it’s been fairly sluggish.

Since you mentioned the fact that the meet is being used as a last chance qualification for NCAA’s I figure this is as good a place as any for me to leave an update of my “bracketology”. I updated yesterday’s USA Swimming’s Top Times (to 45 positions) with the Ivy League Championship results as it doesn’t appear they have been reported/posted on the top times otherwise.