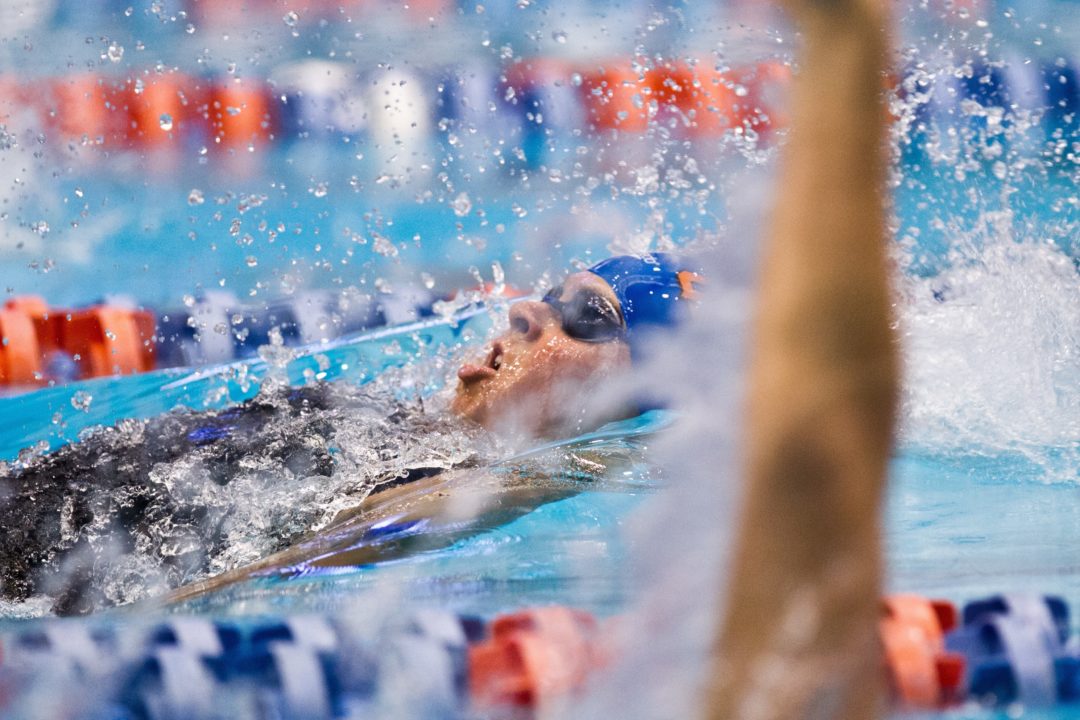 Women’s 400 IM Final, as reported by Morgan Priestley In any other conference (for instance, their old home in the...

In any other conference (for instance, their old home in the Big 12), Cammile Adams and Sarah Henry would likely be considered heavy favorites to run away from the field. The SEC, however, remains Elizabeth Beisel‘s territory, who defended her SEC swimming title in impressive fashion with a time of 3:59.53. That’s her season best, as she retains the country’s top time through week 1 of conference championship season. Notably, her time was faster at this meet last year, when she dropped a 3:58.35 that stands as the SEC record.

Florida, doing their best to limit the damage from Georgia tonight, took the top two spots in the B-Final, led by Jess Thielmann (4:09.99).

Miss Beisel is one of my favorite swimmers. I like her personality. I hope she will swim at her best next month. The 200 IM is for Elizabeth Pelton, Caitlin Leverenz or Jasmine Tosky. The 200 back is for Miss Pelton. Elizabeth Beisel can win the 400 IM. It’s her best chance to win an individual title this season.