Bears and Salukis Split in Fierce Battle of Conference Rivals 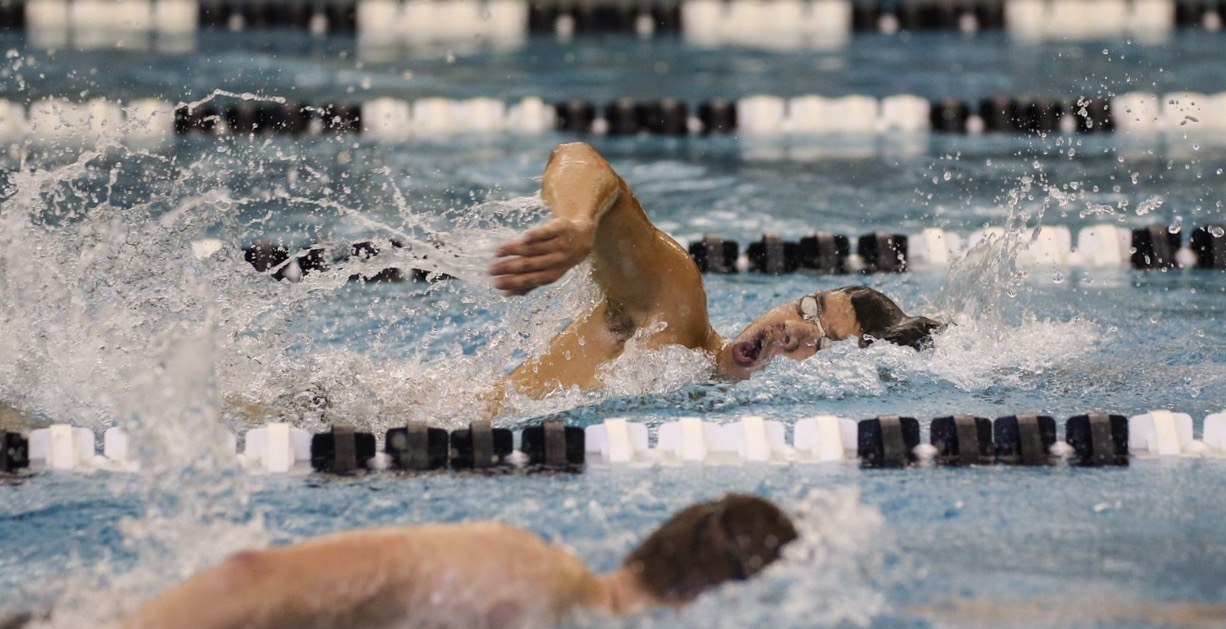 Admit it… you’ve all wondered what a real fight between a Bear and a Saluki would look like, right?  If today’s duals in Springfield are any indication, it might be uglier than you would think.  (I am pretty sure the Bear in this video is from Chicago.  It certainly isn’t a Missouri State Bear.)  Southern Illinois and Missouri State have had a fantastic rivalry for decades, and today’s display of intense exchanges and close races did not disappoint.  The men’s and women’s meets were tight enough that both could have gone either way based on fingertips at several points throughout the meet.  The Springfield crowd, loud and well educated on the importance of pivotal points all the way down to fourth and fifth place finishes, helped intensify the atmosphere of the dual.

The Southern Illinois Saluki women managed to take down the Lady Bears on their home turf 125-116, but that outcome was in doubt all the way, not being decided until the absolute last second of competition.  The men’s meet was undecided until the very end as well, but this time the Bears were able to hold off their Mid-America Conference rival Salukis for the home win, 121-110.

Full results can be seen here.

Last year, even though the MSU women were eventual Missouri Valley Conference champs, the Salukis took their October dual in Carbondale by over 90 points. This time both teams exchanged displays of strength throughout the afternoon, with SIU dominating the freestyle events and diving, and MSU taking ownership of the stroke events.

SIU’s other event winner was Cheri Zhang, who took both the 1-meter and 3-meter diving events with 337.29 and 321.30 respectively.

The credit for the killing blow in this dual goes back to the Saluki freestylers, as SIU was able to sweep the 400 Free Relay with the team of Walker, Lauren Stockton, Helena Amorin and Bryn Handley taking the win at 3:31.04.  The SIU B team of Kristina Ksarjian, Mikaela Montgomery, Riley Schroedter and Jordan Ries snatched the second place points from the Bears on the back of a 53.24 come-from-behind anchor from Ries, securing the 1-2 relay finish and the dual meet win.

The men’s meet played out very differently but was no less exciting.  The MSU and SIU men are so evenly matched that in nearly every event, the first and second place winner were not from the same team.  No team held enough dominance of any event to take a 1-3 sweep the entire night.

The Saluki men were also able to steal the 400 free relay away from the Bears on a strong anchor as the team of Joao Facciotti, Andreas Saavedra Sanchez, and Wolfe set Brilhante into position at a .58 second disadvantage.  His split of 45.56 was enough to overtake the Bears team of Michael Mollak, Bolman, Jack Snow and Kacper Cwiek 3:10.10 to 3:10.50.  It wasn’t enough to win it all though, as the Bears had gathered just enough points to secure the dual meet victory with a second place relay finish.

Saluki Head Coach Rick Walker had this to say after the meet: “We knew we would have our hands full today with a young team going up against MSU, the MVC Conference Champs for the women. We were not disappointed.  With a lot of back and forth we managed to finish strong, going 1-2 on the final relay and winning the final outcome.  On the men’s side we managed to get it to the last relay, but not enough to get our winning relay over the top.  The Bears are a strong team on both sides and there is mutual respect from either campus.  When we come together, there is sure to be fireworks.  I am proud that it is a show based on proven ability; not on useless unsportsmanship.  I am proud of our efforts today and I am sure Dave (Collins, MSU Head Coach,) is of his.”