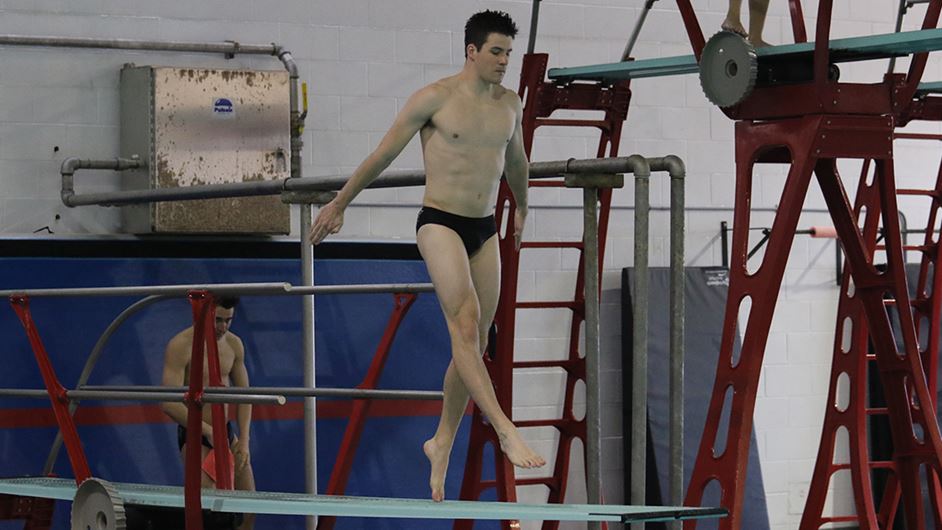 The University of Indianapolis diving programs traveled to Ball State on Saturday afternoon and battled the Cardinals at the Lewellen Aquatic Center. Current photo via Ryan Thorpe

Ball State vs UIndy (Diving Only)

MUNCIE, Ind. – The University of Indianapolis diving programs traveled to Ball State on Saturday afternoon and battled the Cardinals at the Lewellen Aquatic Center in Muncie.

HOW IT HAPPENED: WOMEN’S TEAM
In the 1-meter, Mikaela Starr was the top Greyhound performer at third place with a total of 232.95 points earned. Right behind in fourth, Alexis Lumaj earned 216.75 points. Kamila Podsiadlo (213.98) and Sarah Kerbrat (174.75) went fifth and seventh, respectively.

HOW IT HAPPENED: MEN’S TEAM
Beginning with the 1-meter, Julio Osuna was the winning competitor after earning a qualifying standard performance of 292.13. Next up in second place, Benjamin Rader corralled 242.40 points to secure a spot behind his teammate. Casey Crawford (fourth with 220.35 points), Jason Lenzo (fifth with 216.83 points), and Joseph Donlin (sixth with 185.40 points) rounded out the event for UIndy.

The Greyhounds will now set their sights on the Great Lakes Valley Conference (GLVC) Championships beginning on Wednesday, Feb. 9.

In the diving well, both the men and women were in action for a non-scored dual versus UIndy. Freshman Ashleigh Provan continued her strong year, taking top honors on both the 1M (252.00) and 3M (275.10) boards.

Select members of the Ball State men’s swimming & diving program will travel to the Ohio State Winter Invitational (Feb. 11-13), while the entire squad will continue to prepare for the 2022 Mid-American Conference Championships which will be held March 2-5 at Southern Illinois.