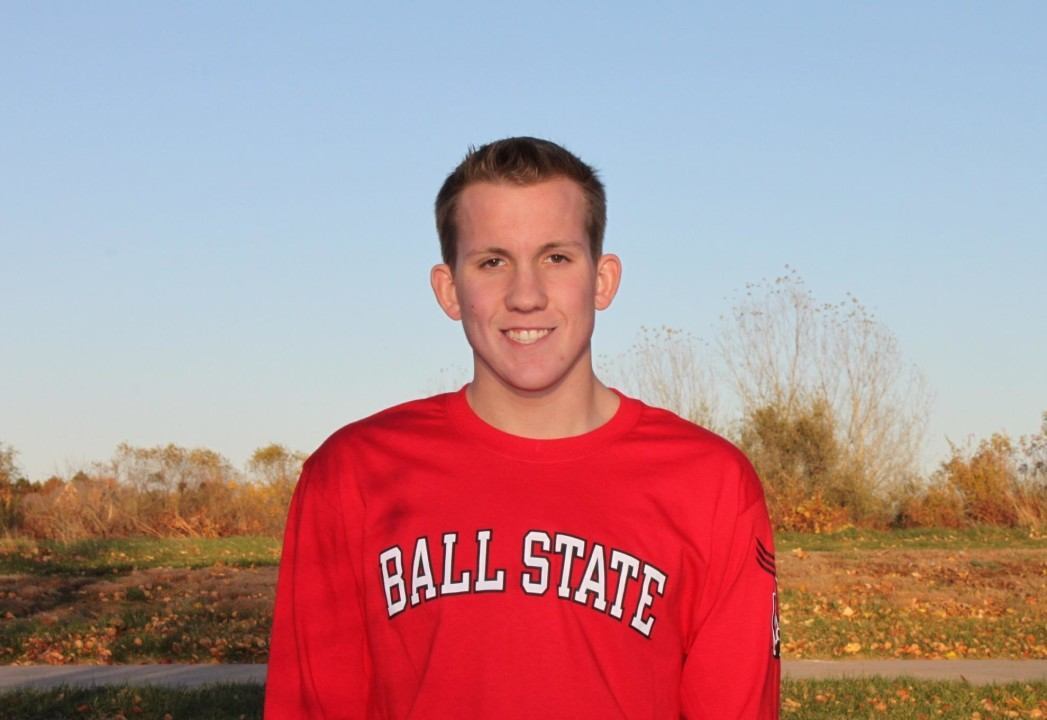 Jack Luddy will contribute to Ball State's roster in the distance and IM events. Current photo via Jack Luddy

Luddy currently swims for Millard North High School coached by Andrew (Andy) Cunningham. Last year Jack placed 7th in the A final in the 500 Free and the Nebraska High School Championships and received the Metropolitan Conference All Academic Award. He was also part of 400 Freestyle Relay team that won the consolation final and set a new school record with a time of 3:17.26. He is also a qualifier for the Central Section Region VIII Championships while representing Swim Omaha under Doug Krecklow and Docker Hartfield.

Jack comes from a swimming family, starting with his mother who swam in high school and three siblings who have spent significant time in the pool as well. His older sister, Mary Kate Luddy, broke the Iowa State Cyclones school record in the 200 fly at Big 12’s last year as a freshman. Jack plans on majoring in Logistics with hopes to enter the Air Force as an Officer upon graduation from college.

Luddy told SwimSwam: “I chose Ball State because of the strong academic influence, the team, and the environment Coach Thomas creates to enable a swimmer to compete at a high level.”

What a cute kid