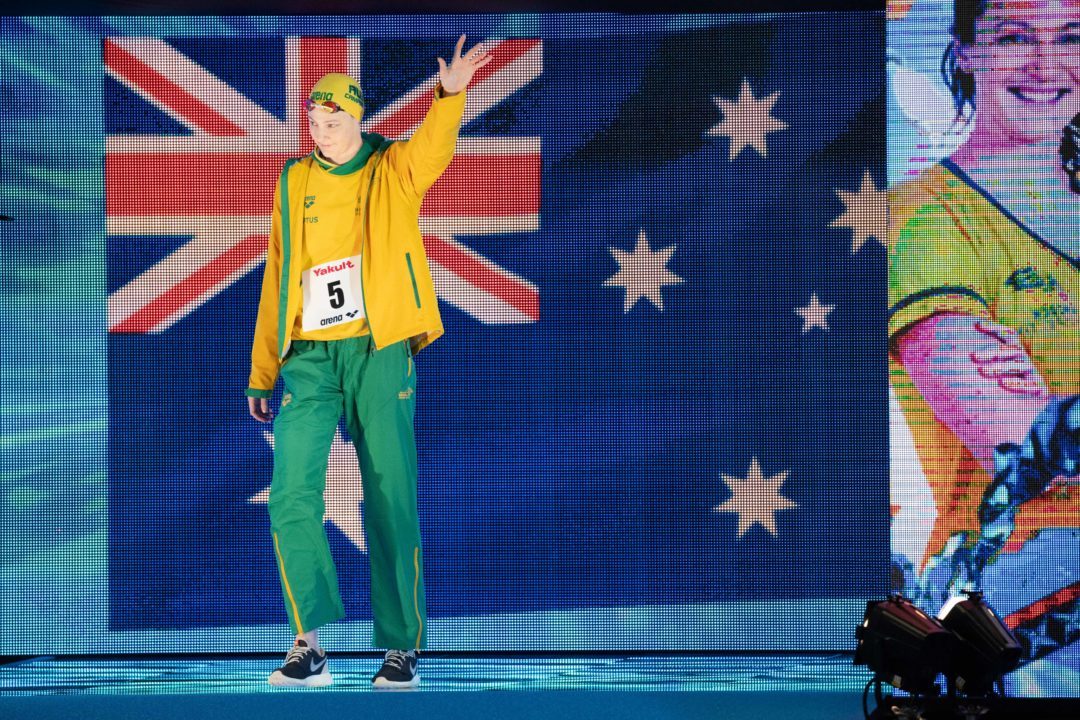 As the international swimming community looks ahead to this December's FINA Short Course World Championships in Hangzhou, the nation of Australia is plowing ahead with its Tokyo 2020 quad plan. Archive photo via Mike Lewis/Ola Vista Photography

As the international swimming community looks ahead to this December’s FINA Short Course World Championships in Hangzhou, the nation of Australia is plowing ahead with its Tokyo 2020 quad plan. The plan, as we detailed back in February 2017, includes shifting Aussie Selection Trials events closer to the actual ‘Benchmark Events’, aligning Swimming Australia more with the American timing model.

At the time of the Aussie Trials scheduling change announcement, National Head Coach Jacco Verhaeren admitted the Trials shift would “resonate throughout the swimming community.”

“Our rationale behind the Trials shift is to create ‘more and significant competition’ leading into our Benchmark Events,” Verhaeren said. “This change will result in consistent racing in the months leading up to trials. Our system has been structured around the southern hemisphere summer, we now have facilities in warmer places and are able to host our trials closer to the benchmark events which are typically during a northern hemisphere summer.”

As such, the 2019 Hancock Prospecting Australian Swimming Trials, which will be used as the selection event for the 2019 World Championships to be held in Gwangju, South Korea in mid-July of that year, are slated for June 9th-June 14th of next year. The Brisbane Aquatic Center will play host to the 6-day meet.

The Aussies rolled out this same shortened lead-time between Trials and the main event with the Pan Pacific Championships. Although the Commonwealth Games served as one qualifying meet for the Pan Pacs, the actual Trials competition took place June 30th – July 4th, finishing up just about 5 weeks ahead of the quadrennial meet in Tokyo.

Are you going to do a wrap up of the big State Teams championships from Canberra last week? You did one of the University games in Australia.

Yes, Joel, a recap is coming up shortly.

Also worth notng again that they removed the semi finals from Aussie trials which gives more competitive edge to prelims .. wish they would do the same for Olympics

They should shift the Open Nationals and Age Nationals to June/July too, may as well totally be in synch with rest of world…especially now with the older Juniors / age framework.

Open nationals LCM are the same as national trials in Australia.