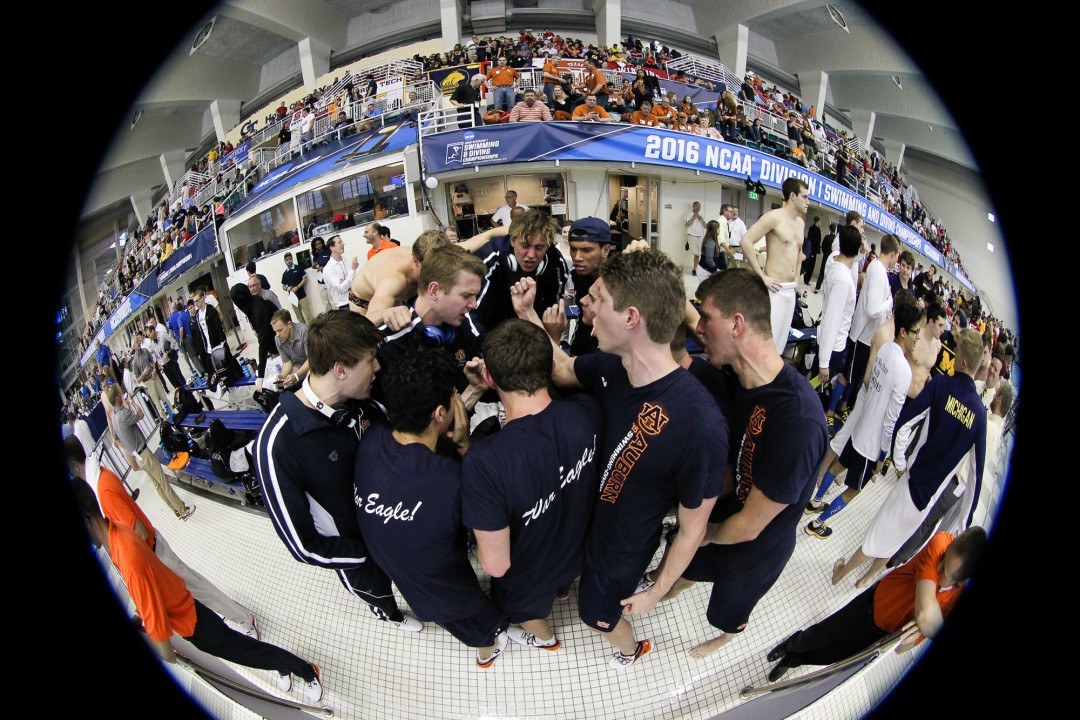 Auburn swimmer Grant Schenk will be heading to Baltimore, Maryland next month to represent the SEC at the NCAA Student-Athlete Leadership Forum. Archive photo via Tim Binning/TheSwimPictures.com

Auburn swimmer Grant Schenk will be heading to Baltimore, Maryland next month to represent the SEC at the NCAA Student-Athlete Leadership Forum. Schenk was selected to represent the conference alongside Missouri gymnast Kennedi Harris.

The NCAA Student-Athlete Leadership Forum, which will take place from November 11th-13th, brings athletes from around the country together to discuss leadership values. It also serves as an opportunity for student-athletes to learn about the NCAA as a whole, and the importance of Student-Athlete Advisory Committees.

Schenk is about to begin his junior season with the Tigers, as they’ll be competing in a dual meet with the Wisconsin Badgers tomorrow morning in Madison. His major contributions to the team have come in the distance freestyle events. Schenk is the 5th fastest 1650 yard freestyler in Auburn history and an Olympic Trials qualifier in the 400 and 1500 meter freestyles.

Outside of the pool, Schenk is an international business major at Auburn, and serves as the Vice President of their Student-Athlete Advisory Committee. He’s been named to the SEC Academic Honor Roll during both of his seasons with the Tigers.