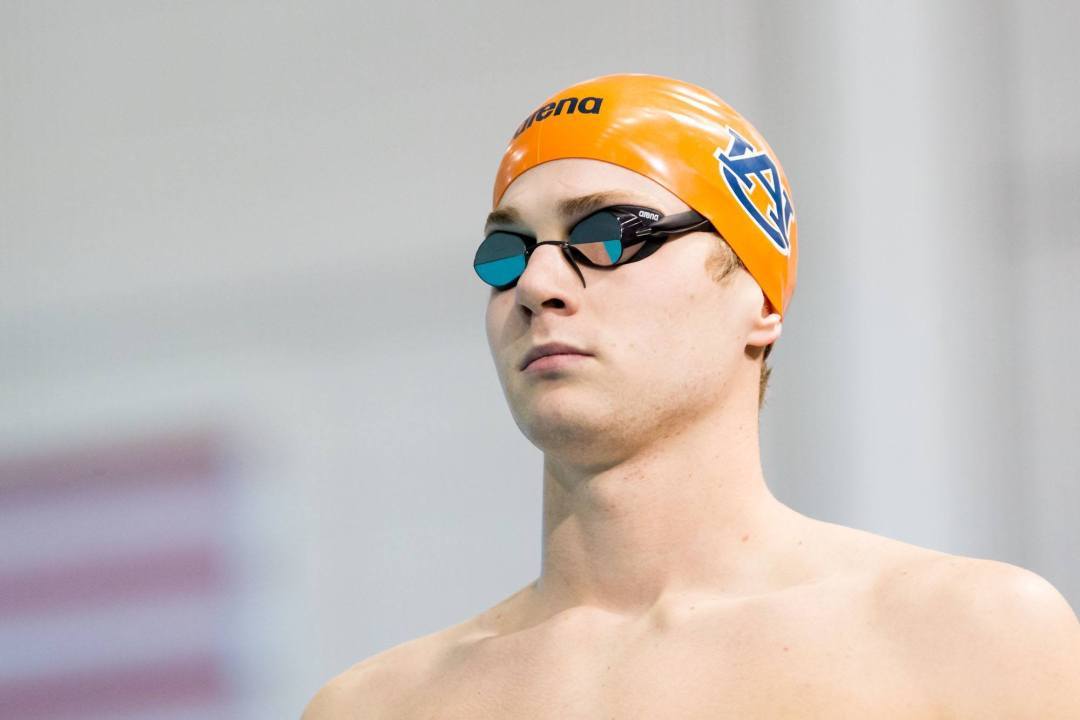 Kyle Darmody and Auburn have 6 A finalists to lead all teams on the final night of SECs. Will it be enough to reel in Georgia and Florida? Archive photo via Tim Binning/TheSwimPictures.com 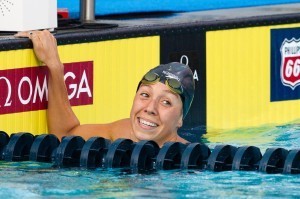 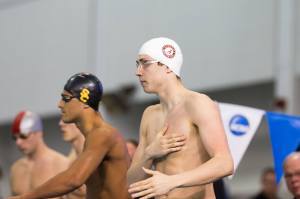 In team battles that are expected to be as contentious as the SEC Championships, every swimmer in every A, B, or C final can have a huge impact on a team’s overall finish. With that in mind, let’s take a look at who ended up where after day 5’s prelims. For the sake of time, we’ll focus on the teams expected to be contending for top 3 finishes at this meet.

For those unfamiliar with the terminology: “Up” means a swimmer who is in the A-final, as those swimmers cannot fall lower than 8th barring a DQ. “Mid” is what we’ll call teams in the “B” final, who are bound from 9th-16th places. “Down” will mean C-finalists, who are between 17th-24th place. Keep in mind only the A-final in diving is fought-out.

With just one night of racing left at the 2015 SEC Championships, the vaunted Auburn Tiger sprinters have roared to life, giving the home team the most A-finalists on the men’s side.

Meanwhile the Georgia women are all but cruising to the finish line, leading the women’s meet with 5 A-finalists that doesn’t even include their powerhouse of a 1650 corps.

The top three have spread out from one another quite a bit, but Auburn did as much as they could to reel in the top two in this morning’s prelims.

The Tigers put 4 up in the 100 free alone, which also bodes well for their prospects in the 400 free relay, which will provide big points at the conclusion of the meet.

Diving could also be a big boost to Auburn, as Georgia is reliant on just freshman Ian Forlini and Florida has averaged just 12.5 points per diving event so far this week.

But the nearly-90 point gap between Auburn and Georgia will be hard to overcome, especially with Georgia set to score big in the 1650, where they’ll probably swim all three Litherland triplets and Matias Koski.

Florida outdid Georgia this morning with 11 scoring swims, and look to be in great shape to repeat as SEC Champions for the third-straight season. Meanwhile any chance Tennessee has at running down Auburn for third probably rests on their milers, and the 70-point gap is looking pretty tough to chew up at this point.

Tennessee probably has to be more worried about Alabama chasing them from fifth. The Crimson Tide have the second-most A-finalists tonight, including 100 free contender Kristian Gkolomeev, who is always liable to bust out a giant relay split in the night’s closing event.

There won’t be any catching Georgia, who leads the meet, put 5 swimmers into A finals, has the defending NCAA champion and runner-up in the 1650 and isn’t bad in diving either. A&M pushed Georgia fairly hard this morning, though, equaling their Mids and Downs while coming up just one A-finalist behind.

A&M is currently winning the battle for second with Florida, and had a much better prelims session than the Gators. The 1650 is a deep event for Florida, but they’ll need a big boost to claw their way back into the hunt for silver.

A surprisingly-resilient LSU team still runs fourth, but is a bit short on firepower in the pool tonight with no A-finalists and only 5 point-scorers. Diving will be a solid boost, though, and the team should have some fresh studs for its 400 free relay, but Tennessee is bearing down on the Tigers in search of fourth place.