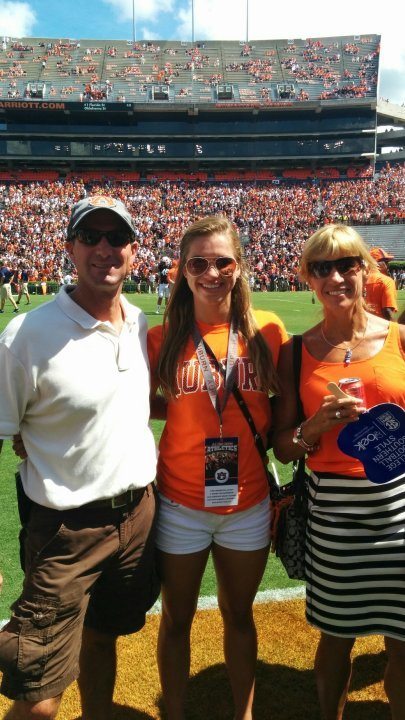 Butterflier and IMer Bailey Nero from Fort Collins, Colorado (shown here with her parents), has committed to the Auburn Tigers.

Is Katie Ledecky Moving to Florida with Anthony Nesty Good for her Career?

Bailey Nero, a senior at Fossil Ridge High School and member of Fort Collins Area Swim Team, has given her verbal accord to swim with Auburn University beginning with the 2015-16 season.

An athletic and academic All-American for the last 2 years, Nero is an Olympic Trials qualifier in the 100m (59.99) and 200m (2:13.83) fly. She was the 27th fastest American woman in the 100 fly this summer, and one of only 27 Americans who went under 1:00. She also met the new Trials standard in the 200 fly, and was the 44th fastest American woman, and Colorado state record-holder, in that event. Her times are:

Her 100 and 200 fly times will be a great addition to the Tigers’ lineup, but her IMs might be even more valuable. Auburn scored far less points in the 200 and 400 IMs at SECs than they did in the fly events.

Wherever they decide to use Nero, it is clear that she will be an immediate-impact member of the squad.

WAR EAGLE!!! such a great add to the program. can’t wait to see her progress these next 4 years 🙂