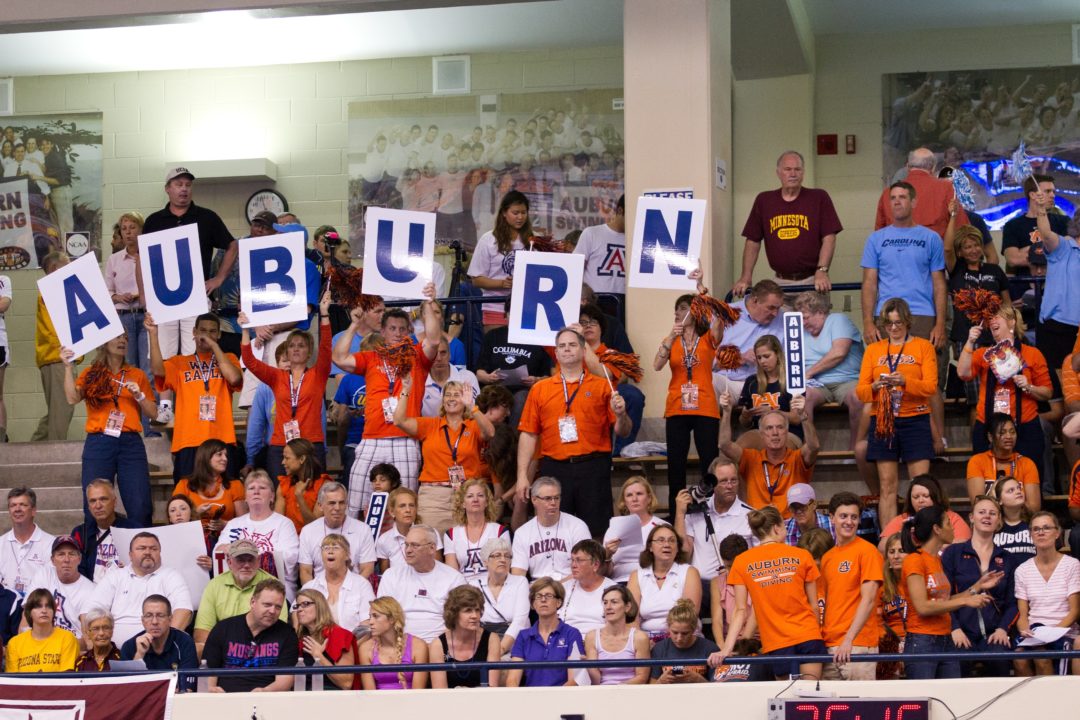 Breaststroker Spencer Kerns and sprinter TJ Leon each received one of the awards, given to recognize and reward the NCAA's highest-achieving student-athletes. Archive photo via Tim Binning/TheSwimPictures.com

Breaststroker Spencer Kerns and sprinter TJ Leon each received one of the awards, given to recognize and reward the NCAA’s highest-achieving student-athletes.

Kerns was a four-year letterwinner with Auburn, competing at the Olympic Trials in 2012. A pre-dentistry major, Kerns was also a nominee for the prestigious Rhodes Scholarship during his senior season.

Leon earned five All-America awards during his years with the Tigers, serving as a mainstay on Auburn’s renowned 200 free relay. He won 3 SEC titles in that event, and also competed at Trials in 2012. Leon spent his undergrad years studying Biomedical Sciences, and was also pre-med.

You can find Auburn’s press release about the awards here.

Awesome for these two guys, best friends and lifelong club teammates at City of Mobile Swim Association. Kerns was a double major in Chemistry and Spanish. Leon a National Champion on the 2013 relay.

Awesome for these two guys, lifelong friends and club teammates at City of Mobile Swim Association. Kerns got a double major in Chemistry and Spanish, and Leon was a member of the National Championship 200 free relay in 2013.