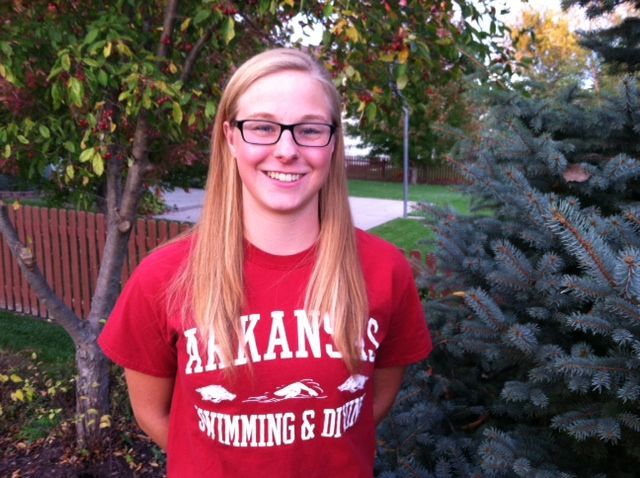 Kansas City's Madison Strathman has made a verbal commitment to the University of Arkansas for 2015-16.

Madison Strathman is headed to Fayetteville, Arkansas next year, as she has given a verbal commitment to the University of Arkansas women’s swimming and diving team. Strathman is a two-time member of USA Swimming’s Scholastic All-America Team and a senior at Kearney High School in Kearney, Missouri.

Strathman is a member of Tsunami Swim Team of Kansas City, with whom she had an excellent long course season this past summer. She punched her first national tickets with a Winter Juniors cut in both the 100m breast (1:13.93) and the 200m breast (2:39.58). Strathman’s best times are: