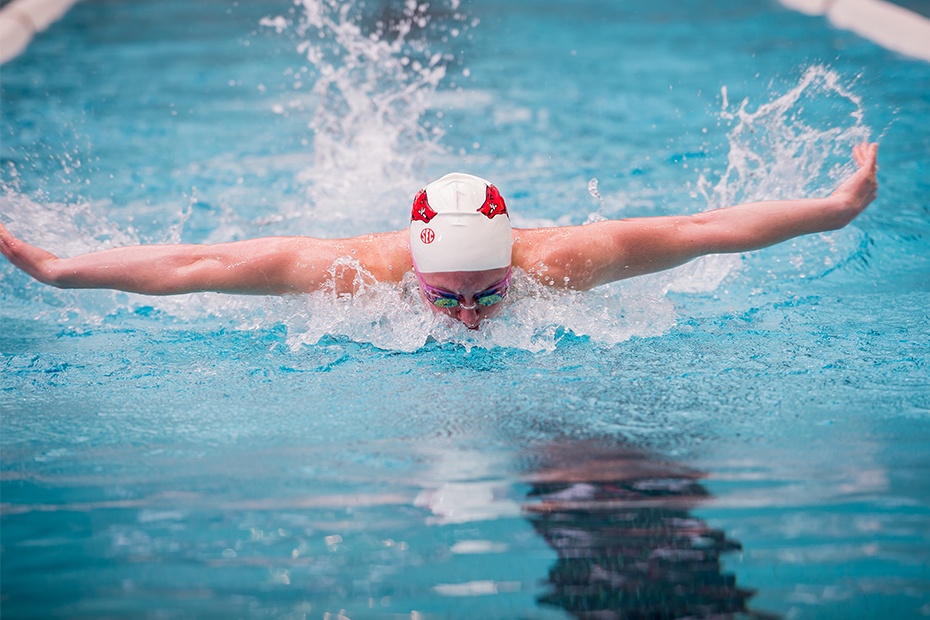 The Arkansas swimming and diving team returns home Friday to host the Nebraska Cornhuskers at 4 p.m. at the Arkansas Natatorium, before traveling to Nashville, Tennessee, on Saturday to face the Vanderbilt Commodores at 1 p.m. Current photo via Arkansas Athletics

The Arkansas swimming and diving team returns home Friday to host the Nebraska Cornhuskers at 4 p.m. at the Arkansas Natatorium, before traveling to Nashville, Tennessee, on Saturday to face the Vanderbilt Commodores at 1 p.m.

Arkansas and Nebraska (2-0) are tied in the all-time series at 7-7, but the Razorbacks are victors of seven of the last 10 meetings, including three straight.

Arkansas looks to remain undefeated in the all-time series against Vanderbilt (1-1, 0-1), holding a 9-0 advantage.

“We are excited to have the challenge of competing against a Big Ten school at home and then traveling away to an SEC school and competing less than 24 hours later,” said head coach Neil Harper. “The challenges and adversity we face during our dual meet season helps us prepare mentally and physically for the championship season late. I expect both Nebraska and Vanderbilt to be prepared to perform well.”

The Razorbacks have been balanced this season when it comes from production. Of the 20 individual first-place finishes so far this season, 18 of the wins are split between the freshman and senior classes, as each have nine apiece.

Leading the way is freshman diver Brooke Schultz, who has won each of her first six dives this season. Earlier in the week, Schultz was named SEC Diver of the Week for the second time in her young collegiate career, after her performance in Los Angeles last weekend. Schultz scored 345.20 on the 3m, breaking the UCLA pool record previously held by Olympian Ariel Rittenhouse in 2010.

As a team, Arkansas has tallied 16 NCAA times and dives so far this season. All five divers make up for 12 NCAA Zone qualifying scores, while two swimmers are responsible for four NCAA ‘B’ cuts, as seniors Jessie Garrison and Chloe Hannam have two each in the 200 butterfly and 200 backstroke, respectively.