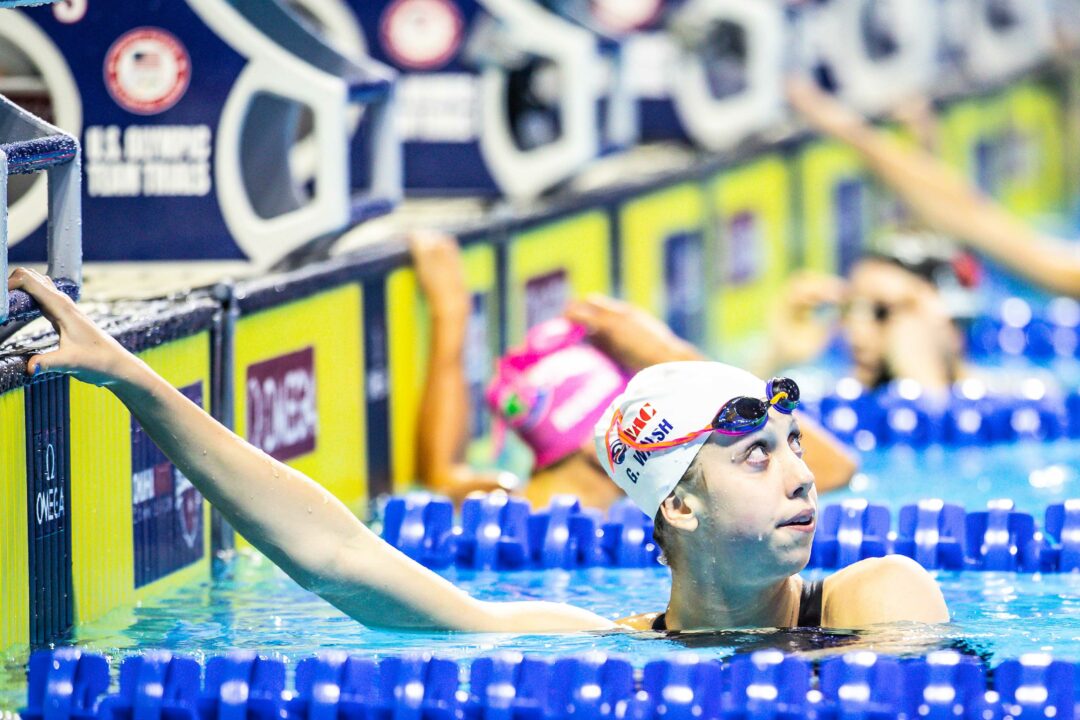 The University of Virginia women have been absolutely on fire throughout the month of January, soaring to victories over VA Tech, UNC and NC State in their first three meets of 2022.

In the matchup against the Wolfpack, which took place last Saturday in Charlottesville, freshman stud Gretchen Walsh dropped the second-fastest 50 backstroke of all-time leading off the Cavaliers’ 200 medley relay, clocking a scorching 23.04.

Walsh was also not wearing a tech suit for the swim.

While stroke 50s in short course yards aren’t formally recognized by USA Swimming as American Records, Walsh’s showing made her the fastest U.S. swimmer ever. She takes over that accolade from NC State’s Katharine Berkoff, who led off the Wolfpack’s victorious 200 medley relay from the 2021 NCAAs in 23.27.

Berkoff actually swam head-to-head against Walsh on the lead-off leg of the relay last weekend, clocking 23.77.

Only Michigan’s Maggie MacNeil, a Canadian native, has been faster than Walsh in the SCY 50 back at 23.02. MacNeil also happens to be the world record holder in the SCM 50 back.

Given that Walsh was unsuited, and MacNeil broke the world record by a whopping .33 in December at SC Worlds, it’s seems inevitable we’ll see the first sub-23 swims over the next two months.

NC State won that 200 medley relay last season at NCAAs in 1:33.18, the third-fastest ever, and the UVA quartet didn’t finish far off that time during Saturday’s dual.

Watch the relay below: