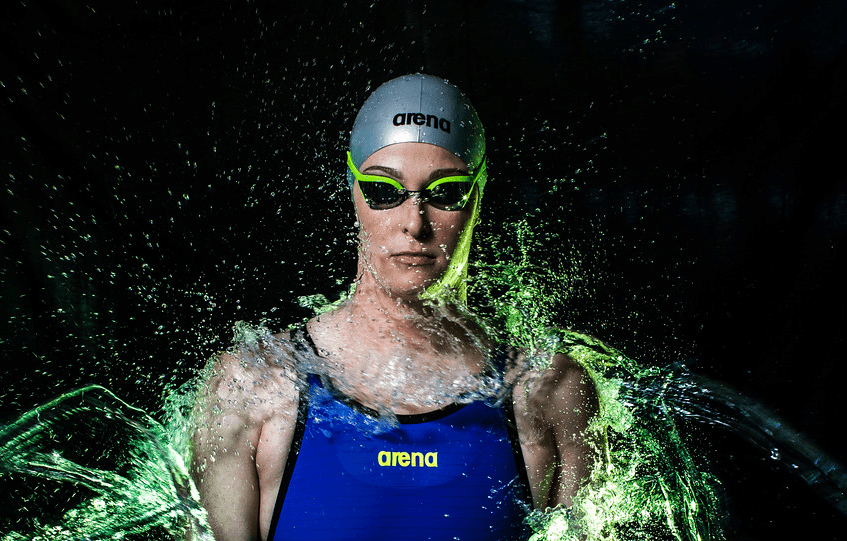 At only 17 years of age, Funky Trunks athlete Isaac Cooper is set to be the youngest male member of the Aussie swim team headed to Tokyo later this month.

Both NY Breakers hold the 400 IM national record in their respective countries, share the same birthday and had massive time drops earlier in 2021.

Fog-X inserts keep any goggle clear for MONTHS! Above is a real, unedited picture showing the impact Fog-X can have on your vision a month after daily use!

Important For Para-Swimmers: Our Repair Service Can Modify Your Racing Suit

Robsport.nl can customize or modify your suit to a perfect fit for your specific needs and allow you all the benefits a racing suit should provide.

For those who can’t yet handle rubber chickens, flamingos, or citrus fruits, we introduce the suit you’ve been waiting for…Boring Black.

With 2015’s first events underway, and all eyes focused on this year’s World Championships in Kazan, Russia, arena – the global brand of water instinct – has once again expanded its best-in-class family of racing suits. With the addition of the Powerskin Carbon-Air, arena is the only swimsuit manufacturer to offer its most elite technology in three unique styles.

The Powerskin Carbon-Air is the latest innovation to leverage the company’s breakthrough carbon technology, utilizing an ultra lightweight fabric focused on maximizing swimmer comfort, while still applying the range’s trademark Intelligent Compression. The new suit, now available globally, debuted at January’s Arena Pro Swim Series at Austin, where it was worn by Olympic medalists Breeja Larson and Cammile Adams, as well as American record-holder and Olympian Connor Jaeger. The U.S. National Teamers combined for three golds and two bronze medals at the event.

In addition, arena is proud to announce the Powerskin Carbon-Flex World Championship Edition, an exclusive swimsuit line created to showcase the Carbon range and celebrate arena’s role as FINA’s official sponsor and technical partner against the backdrop of 2015’s premier swimming event in Kazan, Russia, from 24 July – 9 August. Available in two striking charcoal gray/fluorescent yellow color combinations, the launch of the Carbon-Flex WCE marks the first time a new swimsuit design has been specifically associated with the World Championships.

The Powerskin Carbon-Air is arena’s latest racing suit to employ carbon technology through the integration of horizontal Carbon Bands into the suit’s ultra lightweight woven fabric.

In the water, the Carbon Bands lock down at a critical stretch point to provide lateral support and control when and where it’s needed. This lighter form of Comfortable Compression helps to improve swimmer performance without compromising the suit’s unbeatable comfort.

Powerskin Carbon-Air’s fabric weighs in at an incredibly light 125 g/m2 – 30% lighter than that used in Carbon-Pro – making the suit feel like a second skin. In addition, the SmartStretch shoulder straps in women’s styles are made using carefully selected materials and a special manufacturing process to reduce tension on the shoulders, offering a unique form of “intelligent stretching”, and enhancing comfort. Finally, the smart simplicity of the design gives the suit a sleek construction, which allows the swimmer complete freedom of movement, and makes it exceptionally easy to put on. The result is a cutting-edge racing suit that is unmatched for sheer comfort.

Powerskin Carbon-Air is the result of arena’s continuous R&D effort, incorporating intensive swimmer testing and feedback, a hallmark of the company’s development process. In the United States, tests were conducted in 2014 with over 120 swimmers from four NCAA college teams including Auburn (men & women), Texas (women) and Berkeley (men), among others. Athlete feedback was excellent and enthusiastic: the women appreciated the remarkable ease of putting on the suit, as well as its feeling of freedom, while the men found similar benefits and identified the Powerskin Carbon-Air as a great suit for longer distance events.

arena North America’s team of sponsored athletes was also involved in the testing, and the following Team USA swimmers had this to say:

“I couldn’t believe how easy it was to put on the new Carbon-Air. It was as fast and easy out of the water as it was in. I felt smooth and light, and enjoyed the total freedom of motion in the water.”
– Cammile Adams (200 fly Pan Pacific Champion)

“As a distance swimmer, the light construction and smooth feel was comfortable and easy for me. I could feel just the right level of compression off the blocks and turns, but still felt free for my entire swim.”

Launched in 2014, the Powerskin Carbon-Flex became the second suit in the Powerskin Carbon Series, introducing the V-Flex System, a unique, innovative and patented construction developed by arena’s scientific network. While retaining carbon technology’s core components – Intelligent Compression and the Power Return System – strategic placement of the seams in the Carbon-Flex introduced greater flexibility, delivering complete freedom of movement around the hips, glutes, and shoulders.

For 2015, arena is releasing a special Powerskin Carbon-Flex World Championship Edition (WCE) to showcase the year’s premier swimming event in Kazan, Russia, from July 24–August 9, where arena, as a key partner of FINA, will be a major technical sponsor.

From a design perspective, the new suit incorporates updates to the blueprint of the original Carbon-Flex based on feedback received from athletes over the past year, along with an exciting new fluo green/steel grey color palette. With women’s suits, strategic placement of the seams anchors tension at the back center, providing a torsional platform off which the swimmers can leverage their strokes and kicks. For men’s jammers, there are no taped seams along the waistline, which eliminates disturbances and stress points along the waist, and gives the suit exceptional fit and feel.

Those involved in the original testing and feedback process included:

Tom Shields, American Record-holder and 2014 National Champion: “I have been racing in the Carbon-Flex for a full year now, and have found great success in the suit. The expanded range of motion combined with the power return construction, and external taping gives me an extra push off the walls and blocks, and helps keep me high in the water.”

Breeja Larson, 2012 Olympic Gold Medalist: “While I love that arena offers options in its Powerskin Carbon line, I am a big fan of the Carbon-Flex. As a breaststroker, the extra range of motion in the hips combined with the strategic taping and compression is the perfect combination of technology and comfort.”

arena was the first company to use carbon fiber in the manufacture of swimwear, leveraging its inherent strength and stiffness to serve as a protective web that regulates stretching by stiffening the fabric once a critical stress level is reached, thus preventing uneven stress damage.

The company’s debut model for this ground-breaking new technology, the Powerskin Carbon-Pro, was released in 2012 in anticipation of the London Olympic Games, with a design that integrated carbon fibers into the weave of the swimsuit’s lightweight spandex-nylon fabric. It made an emphatic statement in London, with arena athletes winning an impressive grand total of 35 medals, including 10 gold medals and 4 world records. The following year, at the 2013 World Championships held in Barcelona, arena swimmers brought home more than half of all the swimming medals, of which 23 were gold with three new world records. The trend continued with the introduction of the Powerskin Carbon-Flex, and at the 2014 World Short Course Championships in Doha, athletes using arena’s carbon technology suits once again excelled with more than half all medals won, including 23 golds and 7 new world records.

The fundamental benefit for using carbon threads in this way is Intelligent Compression – the carbon thread framework locks down like a seatbelt as critical stretch levels kick in, giving maximum compression on over-extended zones, increasing support and control when and where it’s needed, and boosting performance through reduced drag, improved efficiency, and maximum power. At the same time, the stretch fabric retains its elasticity, remaining comfortable without affecting the swimmer’s freedom of movement.

The strength of the carbon fibers also improve the suit’s surface integrity, which means there is less chance of tearing or damage that can result from extreme stretching when putting the suit on, while in the water it serves to maximize drag reduction and optimize water repellence.

With the Powerskin carbon-Pro and Carbon-Flex, the athlete also benefits from the design’s Power Return System, through which the strategic placement of low profile bonded seams and elasticized tapes stores potential energy, which is released during dives, kicks and turns to maximize efficiency, power, and speed.

Together, these features combine to give the swimmer full coverage from the moment they put the suit on, to the starting blocks, and finally where it matters most – in the water.

ARENA – Staying on top of the marjet and blazing the trail in design & technology with the best R&D, products and service available in competitive aquatics suits, apparel and equipment!

Got to say, since the FS3 fiasco, Arena really has pushed forward and dominated the market. I’ve been a fan of the powerskin range since the Xtreme came out in 2004 – can’t wait to be able to try the new suit.

how much are the suits?

I am tall and a backstroker. The Carbon Pro is
impossible for me to race in because the straps
dig into my traps. Can anyone recommend a
Arena suit..The Flex or The New Air ?Thx:)