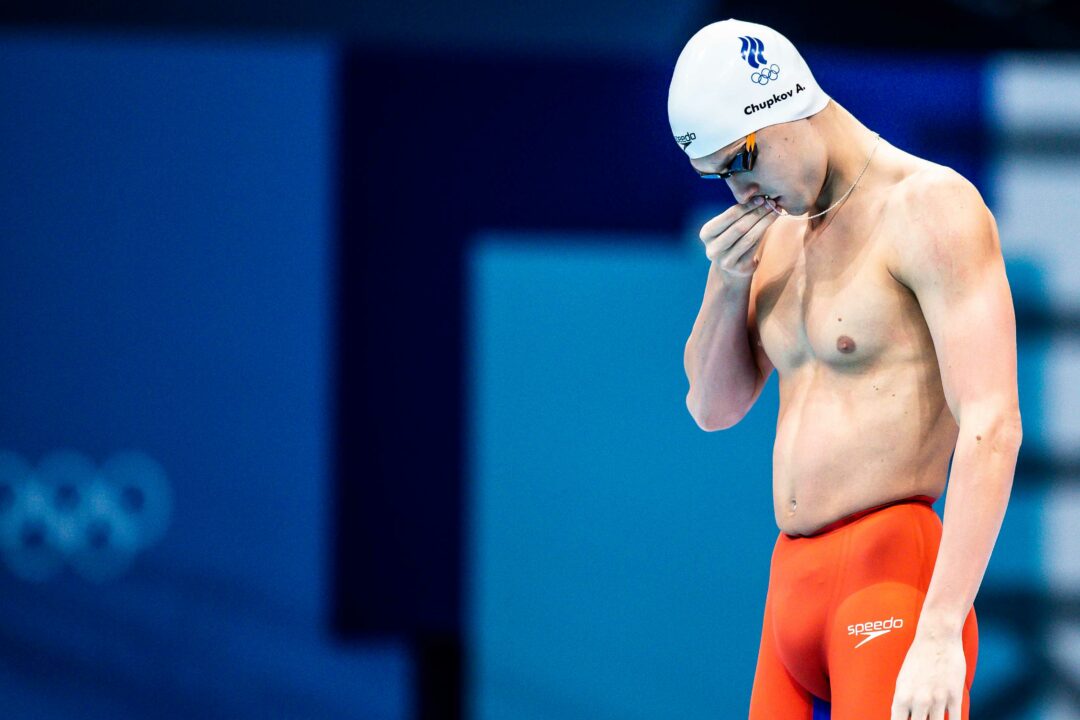 The Russian Swimming Championships kicked off on Sunday in Kazan, featuring the nation’s top swimmers. This meet would have served as a selection meet for the 2022 World Championships in Budapest, however, FINA has banned all Russian and Belarusian athletes from competing in FINA sanctioned event through the end of the year due to the ongoing war in Ukraine. There’s an additional wrinkle as FINA has told SwimSwam that they’re investigating whether Evgeny Rylov, who is competing in the meet, has already broken the ban FINA levied on him last week.

Rylov raced the men’s 100 backstroke on Sunday, rolling through prelims then finishing 6th in semifinals to qualify for the final. He swam a 54.15 in semis, well off the 51.98 he swam to win Gold in Tokyo last summer. Mark Nikolaev and Pavel Samusenko tied for first in semifinals, both clocking 53.73. It ought to be a thrilling final on Monday, as Kliment Kolesnikov the Olympic Silver medalist last summer, finished 4th in semis with a 53.90.

Maria Kameneva was dominant in semifinals of the women’s 100 back, swimming a 59.80 to touch as the only swimmer under 1:01 in the field.

Nika Godun swam the fastest time in semifinals of the women’s 50 breast, speeding to a 31.22. Elena Bogomolova was right behind, touching in 31.23.

I have some little sympathy to Russian swimmers. On February 24 being
deeply in the middle of training process they had no idea that in two months they would have their major and the only meet of the season. And not simply the major meet but the meet where all country will expect from them world records to prove that that is not them but the World Championship will suffer not allowing them to compete there. Most of them cannot simply get to the peak of their form to the great disappointment of people who are ruling in Russia now.

Oof! That suit is tight!